She was called “the Angel of Death Row” more than a few times in her life, but Scharlette Holdman was not everyone’s idea of angelic. She had a salty tongue and a wicked sense of humor and a temper that once moved her to pick up a typewriter and heave it at a door. She had a rebellious streak so wide that it really wasn’t even a streak. Distrusting and opposing authority was more like the core of her being. Because authority exercises no greater power than the power to kill, Holdman focused her enormous rebellious energy on thwarting the state’s power to kill.

After more than four decades defending some of the most notorious—and some of the most faceless—killers in America, Holdman died July 12 at the age of 70, a fighter to the end. Although 70 is not particularly old, it might have surprised a lot of people who knew her at the beginning of her often thankless battle that she made it as long as she did. For roughly a dozen years in the late 1970s and ’80s, when the death penalty was among the most popular policies in Florida and the vast resources of that very large state were trained on speeding executions, Holdman led the resistance, fueled by cigarettes, caffeine, alcohol and nerves.

As director of a tiny non-profit with an even tinier budget, Holdman, an anthropologist and political organizer, made herself an expert in one of the most complex and dysfunctional corners of criminal law. Her expertise allowed her to understand exactly when each of the more than 200 prisoners then facing death in Florida would need emergency legal representation. When the alarm rang, she would scour the state, or even the country, begging and wheedling, for a volunteer to take the case. In some cases, practically anyone with a law license would do. And if the often reluctant lawyer turned out to know little or nothing about criminal appeals, Holdman would connect them with one of the small band of brilliant young attorneys who shared the fight with her, people who are legend in the tight community of death penalty lawyers, like Mark Olive, Richard Burr, and the late Craig Barnard.

Read More: The Death of the Death Penalty

Critics dubbed her “the Mistress of Delay,” and to hear Florida’s politicians and prosecutors tell it, Holdman was a mighty force thwarting the will of the people. In fact, she was a single mom living on $600 a month, collecting unused copy paper from wastebaskets in the Florida State University library for use in last-minute briefs written during bleary all-nighters. It was a time of 100-mph car rides to distant courthouses as clocks ticked down on death row. Holdman once found herself transporting the unclaimed body of an executed man in the back of her station wagon for burial.

The rag-tag nature of this life-and-death litigation, and the near-executions of men who turned out to have strong grounds for appeal when Holdman finally found them a lawyer, went on for years. But eventually it scandalized the Florida Bar Association enough that the legal community put its muscle behind a publicly funded agency to coordinate capital appeals.

Long ago, I published a book about this period called Among the Lowest of the Dead, and my biggest regret was that Holdman refused to be interviewed for it. The attempt to fold her into the new state agency had been, predictably, a fiasco, and she was still stinging from her ouster. But she was nice enough to turn me down in person over drinks one night in Atlanta, where I wound up laughing much harder and longer than anyone could expect a disappointed author of a book about the death penalty to laugh.

She was an utter original, and her sincerity was apparent even to people who found her devotion to saving the likes of Khalid Shaikh Mohammed, Jared Loughner and Eric Rudolph misguided. She traced her activism to her childhood as the daughter of a slumlord in segregated Memphis, where her father taught her the rough art of rent collection, which he referred to as “going n—–ing.” The perky cheerleader learned two important lessons, neither of which her father intended. The first had to do with the brutal oppressiveness of poverty. The second was how to talk to poor and vulnerable people—not as specimens to be studied, not as patients to be cured, not as problems to be managed, but as, simply, people. Post-Florida, she drew on this lesson to perfect the art of mitigation, the key to modern anti-death penalty law.

Since restoring capital punishment in 1976, the Supreme Court has required that every death sentence meted out by U.S. courts must weigh the specific qualities of the individual defendant, taking into account the accused killer’s motives, background, mental capacity, circumstances—the whole life story. And because many violent criminals have been raised in circumstances of abuse and neglect, in badly broken families scarred by mental illness and addiction, it’s not always easy to dig out every detail that might weigh in favor of sparing their lives. Even when the story has been found, often the hardest part remains. As Holdman once put it to writer Jeffrey Toobin in the New Yorker: “The fact that someone tells you that story in their living room is a long, long way from getting them to tell you that story in a public courtroom”

This became Holdman’s forte, and as she moved from California to Louisiana she trained and inspired hundreds of younger investigators around the country to do the same work. At the time of her death, she was executive director of the Center for Capital Assistance in New Orleans.

For many people who met Holdman in person or in the press, the same question popped to mind. How could she grow so close to the guilty, when ordinary human sympathy is drawn to the innocent? Though I spent many hours talking with Holdman’s colleagues and friends and poring over the history of her work in Florida, I can’t say that I ever entirely answered it. She was so close to Ted Kaczynski—who killed and maimed strangers as the Unabomber—that he tried to give her his tiny cabin, his principle worldly possession. (The government blocked the gift.) She was so close to Mohammed, the accused mastermind of 9-11, that she immersed herself in Islam and reportedly received a Muslim burial on July 13.

The closest I came to an answer is that loving the sinner is not an easy task, and doing it full time takes a particular sort of person. But if a civilized society is going to include death as a punishment, and if it hopes to remain civilized, then the process must be made rigorous and the decision must be kept difficult. No one made those decisions more difficult than Scharlette Holdman—for which America should be grateful, even if we can’t easily understand. 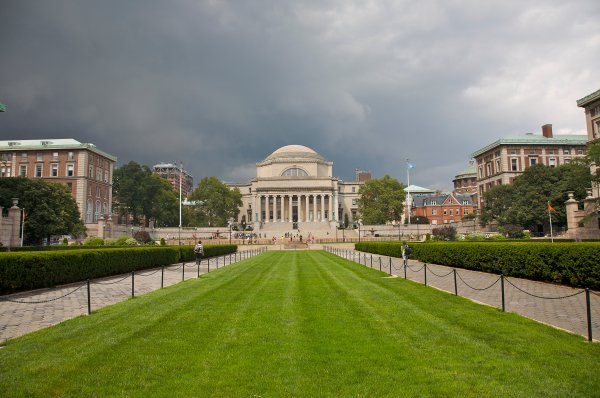