More Than 400 People Charged for $1.3 Billion in Medicaid and Medicare Fraud

The Justice Department charged more than 400 people across the country in a major crackdown on health care fraud, officials said Thursday. The accused individuals cost the federal government $1.3 billion in false Medicare and Medicaid billings, according to authorities

The investigation focused on opioid-related crimes as the government continues to try to address the public health crisis that has been sweeping the country. Many of the health care providers charged had billed Medicaid and Medicare for drugs that were never purchased, while others took advantage of addicts by giving out unnecessary opioid prescriptions for cash or charging for false treatments, according to the Justice Department.

“Some doctors wrote out more prescriptions for controlled substances in one month than entire hospitals were writing,” Acting FBI Director Andrew McCabe said on Thursday, according to NBC News. “To opioid addicts, these prescriptions escalate their dependence on drugs. They are a death sentence, plain and simple.”

The 412 prosecutions set a record high for the government’s Medicare fraud task force, according to the Justice Department.

Attorney General Jeff Sessions emphasized this action was part of the Trump administration’s effort to stop drug crime. Since taking over as the country’s top prosecutor, Sessions has made the area a priority, and in May he ordered the federal prosecutors to pursue stricter sentences in drug offenses.

“We will use every tool we have to stop criminals from exploiting the vulnerable people and stealing our hard-earned tax dollars,” Sessions said. “We are sending a clear message to criminals across this country: We will find you. We will bring you to justice. And you will pay a very high price for what you have done.” 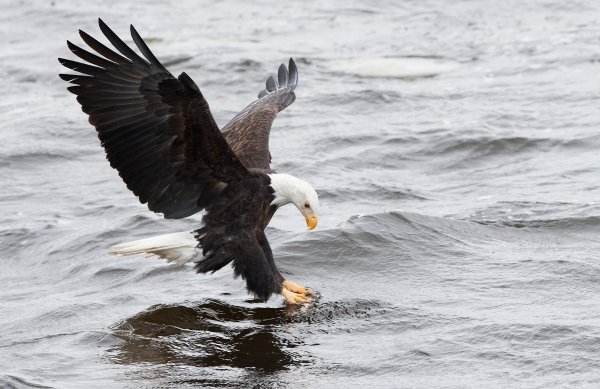 Mans Pleads Guilty to Shooting and Driving Over Bald Eagle
Next Up: Editor's Pick