The House of Representatives voted down a measure on Thursday that would have banned the coverage of transition-related health care for transgender troops.

Rep. Vicky Hartzler, a Republican from Missouri, had proposed the measure as an amendment to the defense authorization bill, arguing that taxpayers should not foot the bill for procedures such as gender reassignment surgery because that would divert the funds from more important priorities. “This is different from somebody going in and having a cold,” she said during debate on the floor.

Democrats, including California Rep. Nancy Pelosi, were harsh in their criticism of the bill, calling it a “mean-spirited” and “unjust” attempt to discourage transgender people from serving in the military. “We owe these heroes an immense debt,” Pelosi said. “The defense bill before us today should be about honoring that responsibility.”

The amendment narrowly failed, with 209 supporting and 214 opposing. Two dozen Republicans opposed the measure, which comes at a time when the military is still adapting to the open service of transgender troops.

Former Defense Secretary Ash Carter lifted the ban on transgender people serving in the military last year and troops have been able to access “medically necessary” treatment since October of last year. In late June, Defense Secretary Jim Mattis delayed the enlistment of new transgender troops, originally planned to begin on July 1 of this year, giving the branches a further six months to assess whether that change will affect the “readiness or lethality” of the force. Transgender troops already serving in the military were not affected by the decision.

In the past, gender reassignment surgery has often been banned from coverage — by both private insurance and government programs — because it was viewed as experimental or cosmetic. While Hartzler argued that there is still a “lack of medical consensus on the effectiveness of gender transition treatments,” organizations such as the American Medical Association have in the last decade released statements saying that research supports the effectiveness and “medical necessity” of treatments such as surgery for individuals with gender dysphoria. That is the official diagnosis for individuals who experience “a marked difference between the individual’s expressed/experienced gender and the gender others would assign him or her.”

Medicare started covering gender reassignment surgery in 2014, after a decades-long ban, in response to a lawsuit filed by a transgender woman who was also a veteran. The Department of Health and Human Services board found that given advances in research and practice, the exclusion was “not reasonable” anymore.

In pushing the amendment, Hartzler also argued that the surgery is “very costly.” Estimates of the potential cost for transition-related care among military members vary wildly, ranging from about $2.4 million per year to several times that amount. That is partly because estimates of transgender troops in the military remain inexact. The Williams Institute estimates that there are roughly 8,800 thousand active duty military members who are transgender. Other research suggests the number could be as low as 1,500. In addition, not all transgender people need or want surgical treatment.

In a statement to TIME, Hartzler said she would continue to pursue the issue. “I am disappointed by the outcome of today’s vote,” she said, “but the issue still remains and steps must be taken to address this misuse of our precious defense dollars.” 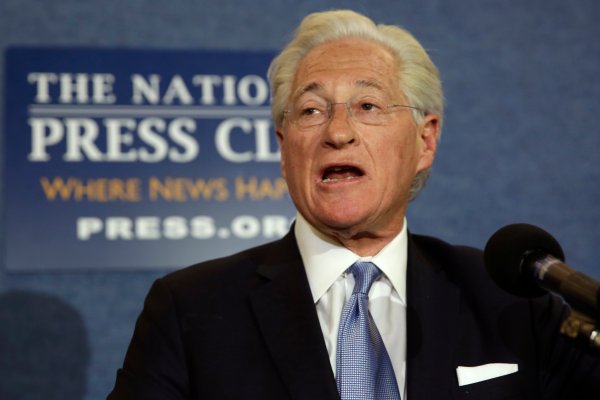 Trump Attorney Threatens Man Over Email
Next Up: Editor's Pick