President Trump's Attorney Marc Kasowitz Threatened Someone Over Email: 'Watch Your Back'

President Donald Trump’s personal attorney Marc Kasowitz plans to apologize after cursing and threatening a man over e-mail who sent him a note telling him to resign after watching an MSNBC segment about him.

According to ProPublica, the man, who the publication did not identify, had sent Kasowitz an email after watching MSNBC’s Rachel Maddow Show, which had discussed a recent story about Kasowitz in ProPublica. Trump has retained Kasowitz to represent him in matters relating to the Russia investigation.

“I believe it is in your interest and the long term interest of your firm for you to resign from your position advising the President re. pending federal legal matters,” the man wrote. “No good can come from this and in fact your name may turn out to be a disparaging historical footnote to the presidency of DJT.”

“F–k you,” Kasowitz responded, according to screenshots of the emails posted by ProPublica. He sent another email fifteen minutes later. “And you don’t know me, but I will know you. How dare you send me an email like that. I’m on you now. You are f–king with me now. Let’s see who you are. Watch your back b—h.”

The man replied with a “thank you,” but Kasowitz sent two more emails, one referring to the man as a “piece of s–t”

A spokesman for Kasowitz told TIME he was currently “tied up with client matters” and is planning on apologizing to the man. His spokesman said that while it was not an excuse, the e-mail had come at “the end of a very long day that at 10 p.m. was not yet over.”

“The person sending that email is entitled to his opinion and I should not have responded in that inappropriate manner,” Kasowitz said through his spokesman. “I intend to send him an email stating just that. This is one of those times where one wishes he could reverse the clock, but of course I can’t.” 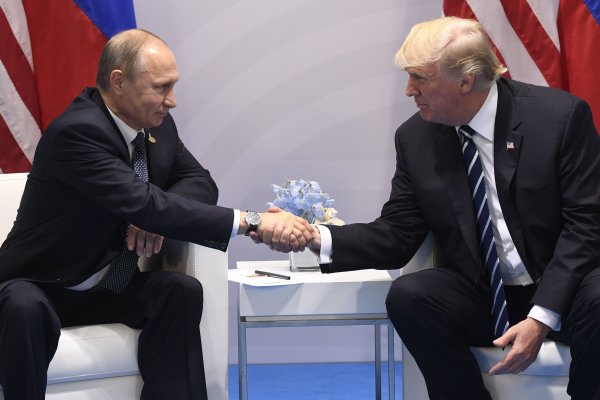 President Trump Said He Would Invite Putin to the White House at 'the Right Time'
Next Up: Editor's Pick