Following a long period of silence, Kesha has been on a roll unveiling new songs from her upcoming album Rainbow. “Woman,” released Thursday with a party-filled music video, is a joyful rock-n-roll anthem, more broadly about independent empowerment but most directly about a night on the town with the girls. It feels like a modern, feminist revamp of Shania Twain’s 1997 hit “Man, I Feel Like a Woman.”

The video, directed by Kesha and her brother Lagan Sebert and shot at a funky dive bar in Delaware, opens with the singer cruising in a vintage Cadillac. “OK, shut up,” she commands before launching into the rollicking song. The horn section of the Dap-Kings adds a layer of soulful spunk to the tune, which marks a new direction for Kesha. It’s both a striking contrast from her stylized pop-EDM releases of the late-aughts and a shift in tone from last week’s lead single “Praying,” an emotionally raw ballad about overcoming obstacles.

But as Kesha explains in an essay for Rolling Stone, just because she’s fought demons doesn’t mean she’s done having fun. And with plenty of signature glitter showing up in the new video, she proves she hasn’t entirely abandoned her party-girl past.

“It was pure raw joy,” she wrote of the experience of writing “Woman.” She collaborated with songwriters Steve Wrabel and Drew Pearson, who she thanked for helping her find the beauty in songwriting again. “Both of those men made my art/work safe and fun, and every session with the two of them was so healing,” she added. (Kesha remains embroiled in a legal battle with her former producer, Dr. Luke, over alleged sexual assault.)

“With ‘Woman,’ I hope my fans will hear that wild spirit still strong inside me but this time it was created more raw, spontaneously and with all live instrumentation,” she wrote. “It’s important for me that people know that there are a lot of emotions on my new album Rainbow — but the wild fun energy that first inspired me to perform has not, and will never, go away.”

Rainbow is out August 11. 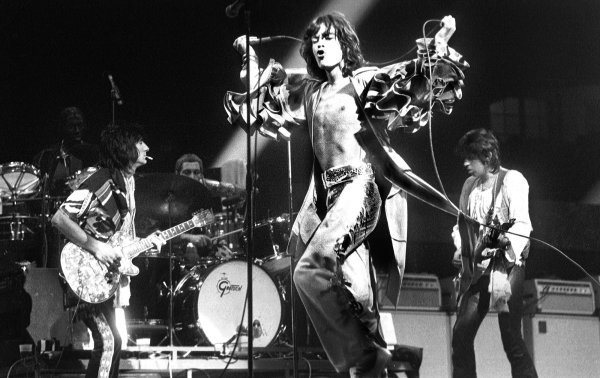 The Top 20 Most Popular Rock Artists On Spotify
Next Up: Editor's Pick