Why the Women's March Is Taking on the NRA

The National Rifle Association does not care about black and brown communities.

When Officer Jeronimo Yanez was acquitted after shooting and killing Philando Castile in Minnesota on July 6, 2016, the NRA never issued an official, explicit statement defending Castile, a law-abiding gun owner who clearly notified Yanez that he was carrying a firearm — which was his right as a licensed concealed carry permit holder. The organization also did not demand that the Department of Justice indict Yanez.

This is a pattern. The day after Castile was killed, protesters peacefully marched in Dallas. When a sniper shot and killed police officers there, Dallas’ Police Department initially erroneously identified Mark Hughes, a black man who was well within his right as a licensed concealed carry permit holder, as a suspect. His face was plastered all over the news and social media and he was labeled a cop killer.

Again, the NRA did not defend Hughes’ Second Amendment right. Instead, the organization said it would not officially comment until an investigation was complete. But after law enforcement corrected their error, the NRA still had nothing to say.

The NRA claims to fight for the Second Amendment rights of all Americans. So why did the organization choose not to defend Castile and Hughes’ constitutional rights to own guns? The answer lies in the organization’s own deep hypocrisy.

Last month, the NRA released an incendiary advertisement, in which conservative TV host and NRA national spokesperson Dana Loesch demonizes protesters. “To smash windows, burn cars, shut down interstates and airports, bully and terrorize the law-abiding until the only option left is for the police to do their jobs and stop the madness,” Loesch said in the ad. “And when that happens, they’ll use it as an excuse for their outrage… The only way we stop this, the only we save our country and our freedom, is to fight this violence of lies with the clenched fist of truth.”

While Loesch said that the ad wasn’t an incitement to violence, many — including some card-carrying NRA members — criticized the ad for fear-mongering and encouraging violence against protesters. In response, I asked the NRA in an open letter to take down the ad and apologize.

Instead, the organization released a new video — titled “We Don’t Apologize for Telling the Truth” — that explicitly named myself, DeRay Mckesson and other leaders. Again, the video pushes the false idea that our movement is somehow a violent threat to the public’s safety. In actuality, the NRA’s video is an example of the kind of inflammatory speech that leads to acts of hate and violence against our communities. It makes those who speak out and protest vulnerable to violence and aims to silence us and weaken the power of our collective voice.

By refusing to support any reasonable gun control, especially in cities like Chicago where there were 762 murders, 3,550 shooting incidents and 4,331 shooting victims just last year, the NRA is contributing to the number of black and brown lives lost to gun violence. Its lobbying against regulation is filling these communities with guns. When these guns inevitably result in violence, the NRA refuses to hold our systems of justice accountable to ensure all Americans — no matter their race — are protected equally.

This is why on July 14 and 15, the Women’s March and partners will mobilize a mass demonstration — grounded in the principles of Kingian nonviolence. We will march from the NRA’s headquarters in Fairfax, Va. to the Department of Justice in Washington, D.C. to send a clear message that our movement will proudly and bravely continue to strive for the respect of the civil and human rights of all people.

We should be outraged every time a life is lost to senseless gun violence — whether that life is brown, black or white. This is a nonpartisan, human issue. Conservative or liberal, Republican or Democrat, LGTBQ or straight, black or white, no one should have to endure the kind of tragedies faced by Michael Brown in Ferguson, Philando Castile in Minnesota or the five lawmakers and aides on the baseball field in Northern Virginia.

The NRA is most powerful when they distract us and try to divide us. But we must remember that before there was a Second Amendment, there was the First Amendment. We are armed with our right to assemble and our freedom to speak the truth. And that’s a powerful weapon that has historically beat out racism, hatred and senseless violence.

We hope you will join us, because what’s at stake is the most precious thing of all: human lives.

Tamika Mallory is co-president of the Women’s March on Washington. 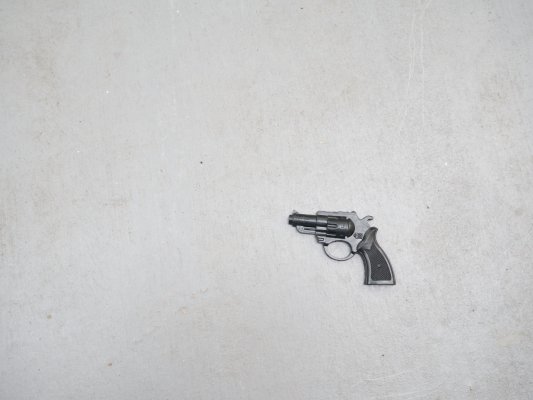 My Husband Shot Me
Next Up: Editor's Pick