Amnesty International have joined with five other human rights organisations to express dismay at the arrest of activists in Turkey, among them the group’s regional director and chair.

An open letter signed by online activist network Avaaz, Human Rights Watch, the International Trade Union Confederation and Transparency International said the arrests are “an ominous indicator of the direction Turkey is heading in.”

The charity said the human rights advocates are being investigated for being members of an “armed terrorist organisation” but have in fact been conducting “peaceful human rights work”.

“This is part of an alarming growing worldwide trend. In 2016, people standing up peacefully for human rights were killed in at least 22 countries, and arrested or detained in 68 countries. Those who seek to close down debate and silence critical voices increasingly believe they have the upper hand,” they said in the letter.

The men and women were arrested on July 5 at a conference in Istanbul, according to a Turkish newspaper.

“On which grounds were they detained? What’s the reason behind detaining them in such secrecy? Are the allegations regarding the activists being kept in different police posts true? If true, what’s the reason for it?” Tanrıkulu said in Parliament.

Over 47,000 people have been detained in Turkey in a continuing crackdown on dissent following an attempted coup against President Tayyip Recep Erdogan in July 2016, including journalists, activists, and opposition politicians. 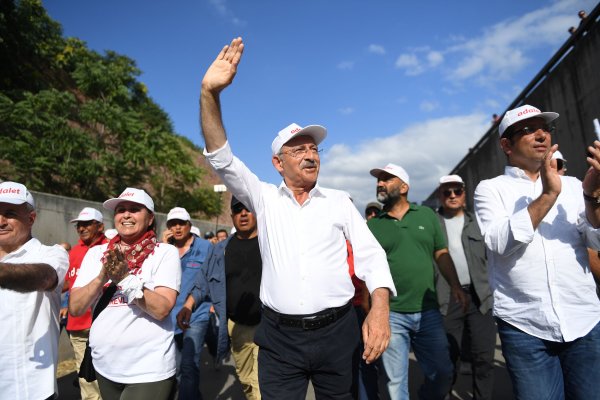 'Justice Marchers' Walk to Istanbul to Protest Erdogan
Next Up: Editor's Pick