Gendry Is Almost Definitely Returning in Game of Thrones Season 7

Although he’s been missing since the season three finale, it’s now seemingly confirmed that Gendry will soon make his grand Game of Thrones re-entrance. The lovable blacksmith — who was last seen rowing away from Dragonstone to escape Melisandre’s king’s blood-desiring clutches — looks to be set to appear in the coming seven episodes of the HBO drama.

Rumors about the character have been swirling since Joe Dempsie — who plays Gendry — was spotted in the Belfast airport in September. But it wasn’t until the actor showed up to Thrones‘ season seven premiere Wednesday night that his return pretty much became a done deal. “Very fortunately, from what I’ve seen it’s been nothing but interest and excitement and some quite witty memes,” Dempsie told the LA Times of fans’ reaction to the news.

Now all that’s left to figure out is what Robert Baratheon’s only surviving child will be up to this season…Please say reuniting with Arya. 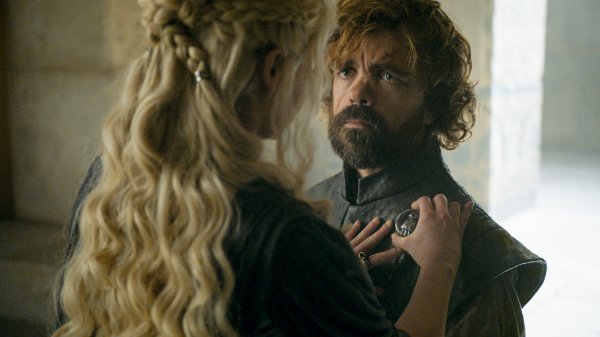 Here's Your Guide to Loyalty in the Game of Thrones Universe
Next Up: Editor's Pick