Ansel Elgort at The Crown at Hotel 50 Bowery on June 26, 2017 in New York City.
Andrew Toth—Getty Images
By Eliza Berman

Your character gets turned on to new music from iPods he finds in stolen cars. Who has influenced your taste?

Eve Beglarian, a composer and friend of my mother’s, made me my first iPod . One of the songs was “Easy” by the Commodores. The auditions for Baby Driver weren’t going well, and [director] Edgar Wright said, “Do you know any songs that you know every word, guitar lick, drum fill?” I remembered “Easy.” He said, “When you’re ready, I want you to lip-sync.” He told me that that is what got me the role. I guess I have to thank Eve.

At times the movie plays like a very sophisticated music video.

They filmed very rhythmically. If I wasn’t wearing earbuds, I was wearing an earwig–like a radio, but it’s tiny and you can hear stuff in your ear. Whatever the audience hears, we heard while filming.

How much did you get to drive?

They only let me drive when no one else was in the car, so that wasn’t often. They didn’t want me to kill Jamie Foxx.

You’re known for your bold fashion choices. When did you start caring about style?

I must have been in the sixth grade. I wore the same red Adidas sweatpants every day, a white T-shirt and blue sneakers. I was like a cartoon character.

After young-adult films like The Fault in Our Stars and Divergent, were you eager for more adult fare?

I don’t look at The Fault in Our Stars as a teenage movie. I looked at it like, this is a great script and a good character, and I was excited to do it. But of course I was looking forward to being part of a “real” movie. If it meant working with Kevin Spacey, Jamie Foxx and Jon Hamm, sign me up. 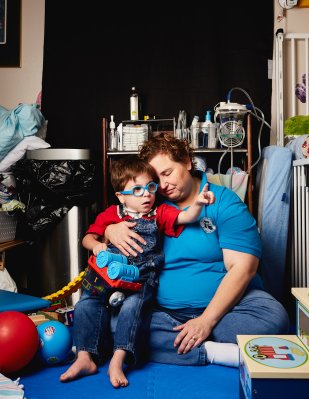 The United Patients of America
Next Up: Editor's Pick