The Biggest Absence at This Year's G-20? Moral Authority

Although the G-20 was conceived as a venue for the world’s richest nations to debate the global economy, their leaders have also used the summit to enforce rules of common decency, usually through a method you may remember from grade school: peer pressure. Take Russia’s decision in 2014 to seize the territory of its neighbor Ukraine. By the time the leaders of the G-20 nations met that November, the E.U., U.S., Canada, Japan and Australia had imposed sanctions on Russia in response. They emphasized their disgust by making Russian President Vladimir Putin feel like an outcast at the summit.

Skip ahead to this year’s G-20, which took place on July 7 and 8 in Hamburg, and the conditions for that kind of ostracism have evaporated. None of the G-20 leaders now appear to have the moral authority or the political will to chide others for breaking the rules.

At no time was that more clear than during the much-anticipated meeting between Putin and U.S. President Donald Trump. Despite copious evidence of Russian dirty tricks in last year’s election, Trump appears to have told Putin they should let bygones be bygones. “There was not a lot of re-litigating of the past,” Secretary of State Rex Tillerson said.

Nor did German Chancellor Angela Merkel achieve much agreement on issues of free speech, democracy or even free trade. Without Trump’s support, Merkel had little chance of advancing these kinds of ideals, according to Barbara Unmüssig, a leading defender of civil rights in Germany. “The U.S. is no longer an ally on these issues,” she said.

Merkel had little choice but to seek consensus by accommodation instead of by pressure. In calling for the group to be more “flexible,” she even suggested a turn toward a kind of moral relativism: You do you, and if anything, we’ll just agree to disagree.

In a statement on the Paris climate accord, from which Trump has withdrawn the U.S., negotiators even removed a reference to a “global approach” to dealing with climate change. This raises the question of whether a global approach can be found to any of the world’s challenges without U.S. leadership.

That may feel liberating for statesmen like Putin, who have felt constrained or isolated due to the pressure of their peers. But for the leaders who used to apply this pressure, it signals a new era of moral flexibility–one in which they should be prepared to bend when rules are broken. 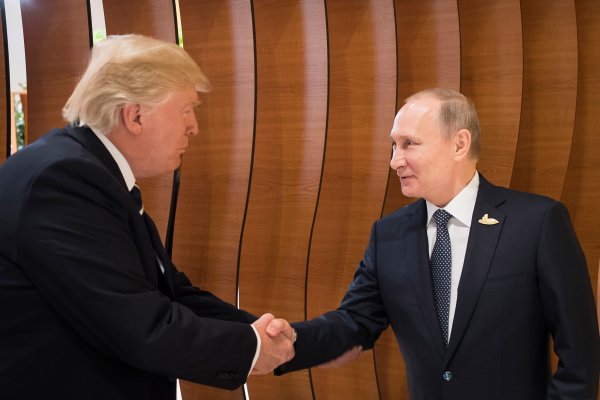