Dean of Yale Law School: Campus Free Speech Is Not Up for Debate

In this, the summer of our discontent, many college presidents are breathing a sigh of relief that they made it through a politically fraught spring without their campuses erupting. Nobody wants to be the next Middlebury or Claremont McKenna, where demonstrations disrupted controversial speakers.

Law deans, in sharp contrast, have reason to be cheery. Their campuses have been largely exempt from ugly free-speech incidents like these. Charles Murray, the controversial scholar whose speech drew violent reaction at Middlebury, has spoken at Yale Law School twice during the past few years. Students and faculty engaged with him, and students held a separate event to protest and discuss the implications of his work. But he spoke without interruption. That’s exactly how a university is supposed to work.

There may be a reason why law students haven’t resorted to the extreme tactics we’ve seen on college campuses: their training. Law school conditions you to know the difference between righteousness and self-righteousness. That’s why lawyers know how to go to war without turning the other side into an enemy. People love to tell lawyer jokes, but maybe it’s time for the rest of the country to take a lesson from the profession they love to hate.

In law schools we don’t just teach our students to know the weaknesses in their own arguments. We demand that they imaginatively and sympathetically reconstruct the best argument on the other side. From the first day in class, students must defend an argument they don’t believe or pretend to be a judge whose values they dislike. Every professor I know assigns cases that vindicate the side she favors–then brutally dismantles their reasoning. Lawyers learn to see the world as their opponents do, and nothing is more humbling than that. We teach students that even the grandest principles have limits. The day you really become a lawyer is the day you realize that the law doesn’t–and shouldn’t–match everything you believe. The litigation system is premised on the hope that truth will emerge if we ensure that everyone has a chance to have her say.

The rituals of respect shown inside and outside the courtroom come from this training. Those rituals are so powerful that they can trump even the deepest divides. As Kenneth Mack recounts in his book Representing the Race: The Creation of the Civil Rights Lawyer, Thurgood Marshall was able to do things in court that a black man could never do in any other forum, like subjecting a white woman to cross-examination. Marshall was able to practice even in small, segregated towns in rural Maryland during the early days of the civil rights movement. The reason was simple: despite their bigotry, members of the Maryland bar had decided to treat Marshall as a lawyer, first and foremost.

The values in which my profession is steeped were once values in politics as well. In 2008, I was one of the lawyers in the Obama campaign’s “boiler room.” Buses delivered the staff to Grant Park to watch Barack Obama accept the win. We arrived just as Senator John McCain was giving his concession speech on the Jumbotrons. The election was hard fought, and there was no love lost between the two campaigns. But even as the crowd around us jeered, the Obama staff practically stood at attention. It was like watching an army surrender–one of the most moving experiences I remember from that extraordinary campaign.

We need to return to what were once core values in politics and what remain core values in my profession. Make no mistake, we are in the midst of a war over values. We should fight, and fight hard, for what we believe. But even as we do battle, it’s crucial to recognize the best in the other side and the worst in your own. 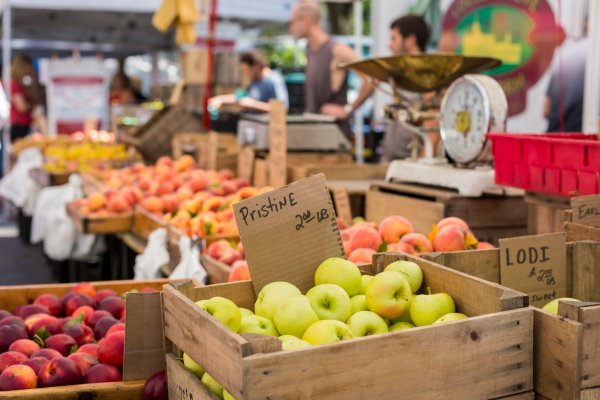 There's No Such Thing as Local Food
EDIT POST