An advisory panel for the FDA recommended approving the first gene therapy for use in the U.S., and the treatment is meant for children with B-cell acute lymphoblastic leukemia, the most common blood cancer in children. The FDA doesn’t have to follow the advice of the advisory committee, but it often does.

The new therapy, called chimeric antigen receptor T cell (CAR-T) therapy, provides new hope that the disease won’t just be treated, but cured. It’s based on using the immune system to fight against cancer—currently the most promising way to fight tumors. Cancer cells arise from normal cells, so the immune system doesn’t always recognize that anything is wrong. A pioneering group of drugs already approved by the Food and Drug Administration (FDA), called checkpoint inhibitors, remove the brakes on the immune system and allow it to attack tumor cells that it normally wouldn’t.

The newly approved therapy CAR-T therapy works to co-opt the immune system in a different way. It involves removing a patient’s blood and essentially replacing it with a population of blood cells stacked with cancer-fighting immune cells known as T cells. To do that, researchers use gene therapy to change patients’ bone marrow cells, which make blood and immune cells, to recognize cancer cells.

Novartis applied for the approval for its drug, tisagenlecleucel, to treat acute lymphblastic leukemia in children who have exhausted all the existing treatments for the disease. Doctors say the drug, which helps to genetically engineer the cells, only needs to be infused once to repopulate children’s blood with healthy, cancer-fighting cells. In a small group of patients who have received the therapy, 83% were in complete or partial remission three months later.

“Novartis has long believed in the potential of chimeric antigen receptor T cell (CAR-T) therapies to change the cancer treatment paradigm,” the company said in a statement responding to the decision.

Other companies are also pursuing CAR-T cell strategies but have struggled with major complications. Some patients receiving CAR-T therapy can develop a severe inflammatory reaction known as cytokine release syndrome, in which the immune system is overactive and can cause high fever, neurological symptoms and organ damage. Earlier this year, Kite Pharma, which also has a CAR-T therapy product being reviewed by the FDA, reported the death of a patient from brain swelling, and Juno Therapeutics placed its CAR T program on hold when its scientists weren’t able to overcome the toxicity.

Researchers at the hearing told the advisory panel that careful monitoring for the first signs of the inflammation can keep it under control. The advisory panel determined, unanimously, 10-0, that the benefit of the therapy outweighed the risks. 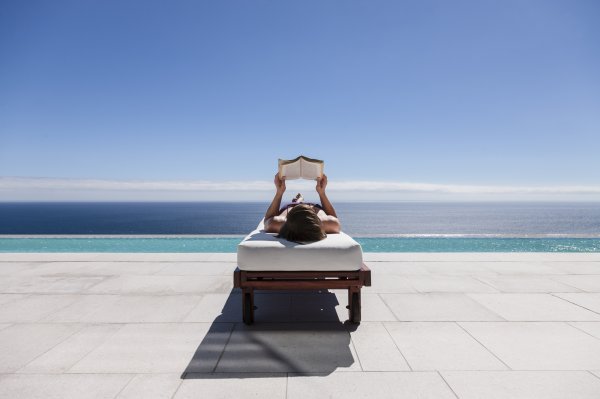 How to Get a No-Sun Tan
Next Up: Editor's Pick