Fans gasped when they saw Rachel Frederickson’s new body on the finale of The Biggest Loser in February: the winner of the reality competition show had dropped 60 percent of her body weight and looked disturbingly thin to some viewers. Many of them took to social media to complain that the show had pushed Frederickson too far. The star even admitted afterwards that she may have gotten “a little too enthusiastic” in her training.

But now almost two months after the show’s finale, the 24-year-old voice actress had gained 20 pounds. She told Us Weekly that she’s thrilled with her now bod: “I think I’m at my perfect weight!”

When 5’4″ Frederickson completed the show on Feb. 4, her weight was at 105, and her BMI was 18.0—below what is considered “healthy” by doctors. According to the World Health Organization, anyone under an 18.5 BMI is underweight, and fashion industries in Israel, Madrid and Milan have banned models under that BMI.

Frederickson looked stick thin on the show, and even The Biggest Loser trainers looked stunned by Frederickson’s fragile frame. She told People that she worked out for six hours every day and was eating a 1,600 calories-per-day diet before the finale.

But nowadays she’s looking healthier. Frederickson, who began the show at 260 pounds, now weighs 125 pounds, putting her BMI at 21.5. A healthy BMI spans from 18.5 to 24.99, according to the World Health Organization.

She says that she’s been keeping in shape since the show ended. “”I work out an hour, six days a week. I love classes like SoulCycle,” she said. “I also loosely count calories, but sometimes I might eat an Oreo. It’s not the end of the world.” 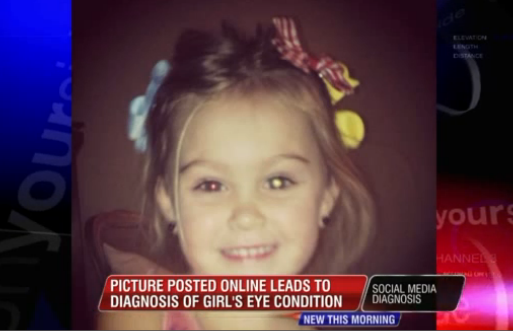 How Posting A Facebook Picture Saved a 3 Year Old's Sight
Next Up: Editor's Pick