President Donald Trump’s pick to head the Federal Bureau of Investigation said Wednesday that nobody has asked him to take a loyalty pledge.

“I sure as heck didn’t offer one,” said Trump FBI nominee Christopher Wray during his confirmation hearing before the Senate Judiciary Committee Wednesday. He added that he would not make such a pledge if asked.

James Comey, the former FBI Director who Trump abruptly fired in May, said during congressional testimony last month that Trump had asked him for “total loyalty” during a private dinner at the White House in January. Comey has said he responded to Trump’s request by telling the President he would always give him “honesty.” Comey says Trump then responded, “That’s what I want, honest loyalty.”

Shortly after Comey was fired, Deputy Attorney General Rod Rosenstein appointed Robert Mueller as special counsel to oversee an investigation into Russian meddling in the 2016 U.S. election and any possible collusion between Trump’s electoral campaign and the Russian government. Trump has repeatedly decried that investigation, as well as parallel inquiries from various congressional committees, as a political “witch hunt.”

During his hearing Wednesday, Wray disagreed with Trump’s characterization of the investigations. “I do not consider Director Mueller to be on a witch hunt,” he said. Wray later added that if Trump asked him to do something unlawful, he would first try to discuss the matter with the President, and failing that, he would resign. 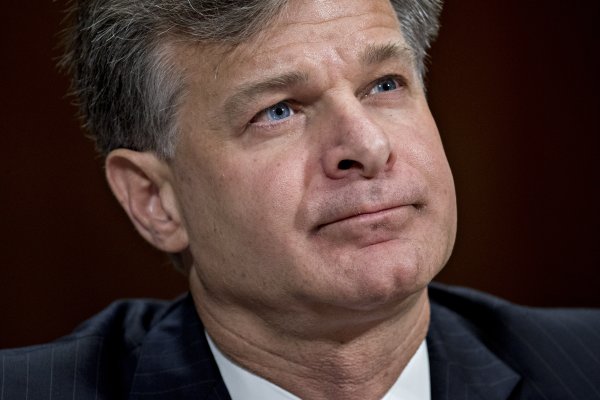 'My Loyalty Is to the Constitution.' Read Trump FBI Pick Christopher Wray's Opening Statement
Next Up: Editor's Pick