More than seven decades after World War II came to an end, some Holocaust survivors are still negotiating with the German government on how it should provide for their needs in light of their suffering.

That process continued this month in the latest round of regularly scheduled negotiations between the German Finance Ministry and the organization known as the Claims Conference, which represents a variety of Jewish interests. On Wednesday afternoon, the Claims Conference announced that those July negotiations resulted in what the organization’s leaders describe as substantial gains for Holocaust survivors.

“I felt elated and really inspired,” Ambassador Stuart Eizenstat, one of the lead negotiators on the Claims Conference side, tells TIME.

The negotiators agreed to reduce the amount of time a person has to have lived “in hiding or under false identity” in order to be eligible for a pension, from six month to four months, which will affect an estimated 1,000 people who were not previously eligible. The budget for 2018 funding for partner agencies that provide in-home services for survivors was also increased by more than $60 million, and an agreement was reached to allow an estimated 5,000 people who in the past received smaller one-time payments for hardship to receive new payments that would make their compensation more commensurate with the amount provided nowadays.

In addition, the negotiations resulted in an agreement to provide pensions for approximately 1,000 additional Jewish people who suffered in the Romanian city of Iasi following a notorious pogrom there in 1941.

The Iasi issue had been one of the central points the Claims Conference hoped to resolve going into the negotiations, as Claims Conference Executive Vice President Greg Schneider told TIME prior to the meetings. At its heart was the fact that the dispensation of pensions and other funds is governed by fairly strict categories, and — while it was not disputed that the Jewish citizens of Iasi suffered — it could not be agreed whether their experience qualified as having lived in a ghetto. If they did, they would be eligible for a different level of compensation. Though the Claims Conference holds that the Jewish section of Iasi was an open ghetto, meeting the standard of restrictiveness even without walls, it has not in the past been counted as such.

And while that disagreement was not resolved, the negotiators found what Eizenstat refers to as a “creative solution” to get money to the affected group of survivors by essentially, Schneider says, adding another category of eligible people. Both men consider that a major victory.

“They were very strong on the point that they did not feel that Iasi was an open ghetto,” Schneider says. “They were concerned from a historical perspective and that it might create a precedent. For us, the decision to pay the pension was what was important.”

MORE: A Survivor of the Iasi Pogrom Remembers Her Suffering

Now, with the 75th anniversary of the end of the war coming up in just a few years and Holocaust survivors aging, the negotiators look forward to eventually bringing what Schneider describes as “some sense of closure” to a program that has been going on since the 1950s.

It’s that chronological distance that Eizenstat says he found so “frankly inspirational” about these latest negotiations: knowing that many of his German counterparts were generations removed from those who experienced the war, and nevertheless seeing the evidence of strong feeling of moral responsibility to resolve even the trickiest questions, like that of Iasi.

“When you’re talking about compensation for the Holocaust, there is no justice. Nothing is perfect,” Schneider says. “But it was a good piece of work.” 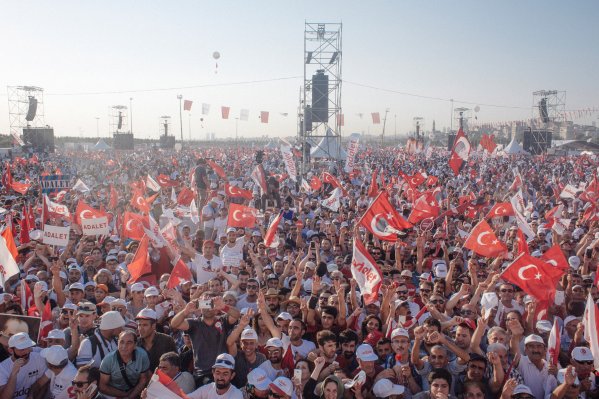