Police officers searched house to house for Dzhokhar Tsarnaev, the surviving suspect in the Boston Marathon bombings, in a neighborhood in Watertown, Mass., on April 19, 2013.
Brian Snyder—Reuters
By Noah Rayman

A report on the law enforcement response to the Boston Marathon bombings almost one year ago has detailed dangerous confusion and lack of coordination among police during the dramatic post-bombing manhunt.

The Harvard Kennedy School report details near-fatal mistakes in the chase of brothers Tamerlan and Dzhokhar Tsarnaev, days after pressure-cooker bombs killed three people and injured 264 at the finish line on April 15.

In a chaotic shootout after the suspects gunned down a university police officer, police surrounding the brothers were in each other’s line of fire, the report found, in one of several instances where officers put themselves at risk of friendly fire.

During that shootout, in which Tamerlan Tsarnaev was killed while his younger brother evaded the police, officers bringing a wounded colleague to the hospital had to drive several blocks out of the way to avoid a tangle of parked police cars from various law enforcement agencies.

In another incident, when officers converged on the area where Dzhokhar Tsarnaev was reported to be hiding in a small dry-docked boat where he was later captured, members of different local SWAT teams deployed to the same nearby rooftop debated who was responsible, with both officers ending up staying put.

The report also found that officers involved in the search were awake for 36 hours or more at times during the search between the Monday of the bombing and Friday, when police located the surviving bombing suspect.

But the study, titled “Why Was Boston Strong” and based on roughly 100 interviews with law enforcement and public officials, also praised the level preparedness among emergency responders and police, particularly on the day of the explosions, when many lives were saved because of swift and orderly medical response.

Dzhokhar Tsarnaev, now 20, has pleaded not guilty to 30 federal charges, some of which carry the death penalty. His trial is slated to begin in November.

This article originally misstated Dzhokhar Tsarnaev’s plea to multiple federal charges. He has pleaded not guilty. 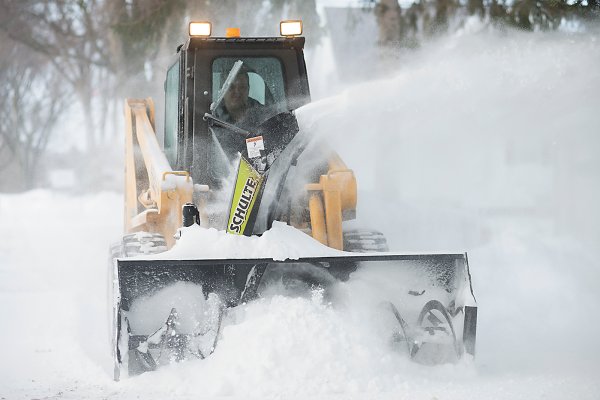 Snow, Not Quite Spring, Ahead for Minnesota
Next Up: Editor's Pick