More Americans Than Ever Are Choosing to Be Cremated

One out of every two Americans chose cremation over burial in 2016, according to newly released industry figures, the first time the cremation rate reached 50% in the U.S.

The nation’s embrace of cremation marks a dramatic change from previous decades. In the 1970s, the cremation rate was just 5%. It rose to 27.1% in 2001, but has nearly doubled in the years since. Last year the U.S. cremation rate was 50.1%, according to the Cremation Association of North America (CANA), and in 2015, cremation rates outpaced burial for the first time.

There are a number of reasons for the shift, but experts primarily attribute it to increased mobility, with more Americans living far from their hometowns and family funeral plots, and a desire for more flexible options at the end of life. Baby Boomers in particular have leaned toward choosing cremation. “It was the early hippies saying, We want to do something different,” says Barbara Kemmis, CANA’s executive director. “And that’s continued. Baby Boomers lived differently and they want to die differently.”

A CANA report released in late May shows that regions of the country with low cremation rates display what it calls more “rooted” characteristics, while those with higher rates tend to have more “roaming” ones. For example, the group found that areas with a high concentration of small businesses, less religious affiliation, higher incomes and education levels, and more immigrants are associated with higher cremation rates. Likewise, CANA found that areas with a higher concentration of manufacturing, greater affiliation with Christianity, lower income, higher home ownership rates, and lower education rates correspond to with lower cremation rates.

One state with a growing cremation rate that experts point to is Michigan, which decades ago had a much higher concentration of manufacturing jobs. Kemmis says she believes the cremation rate, which has grown from 37.1% in 2005 to 56.4% last year, is likely correlated with the loss of manufacturing jobs there and the changing economy. The reason is that multiple generations of residents often worked for the same manufacturing employer over decades and lived in the same cities and towns their entire lives. But as those employers have left, more residents are moving around for jobs or more schooling, turning them into “roamers.”

The growth of cremation has significantly changed the ways many funeral directors have approached the business over the last decade. In Dallas, W. Scott Smith, president of All Texas Cremation, used to be a traditional funeral director but in the last few years has shifted his business to cremation only and conducts almost all his business online. Smith says his clients, who are largely affluent and well educated, reflect the kinds of demographic trends the industry is seeing overall. His business helps families plan cremations, services and memorials through partnerships with with event centers around Dallas.

“There wasn’t anyone else handling it this way,” Smith says. He adds that he’s seen a lot more acceptance from religious groups, something he attributes to the state’s growth in cremations, which has increased from 24% in 2006 to 42% last year. 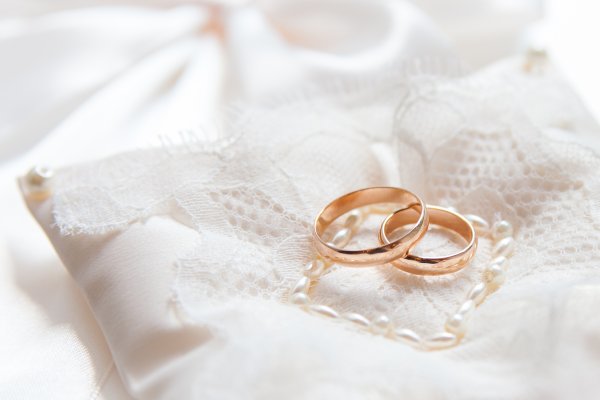 U.K. Celebrates One of Its First Same-Sex Muslim Marriages
Next Up: Editor's Pick