50 Years Ago This Week: 'Anatomy of a Race Riot'

In the wake of rioting that had swept the city of Newark, N.J., the magazine devoted its cover story to the question of what had sparked the conflagration and what was to be learned from one of the most violent race riots of the decade.

The proximate cause was relatively easy to explain: A cab driver named John Smith, pictured on the cover, was arrested after a minor traffic incident. As he was brought to the police station, a rumor spread that he had been killed by the police. Neighbors, many of them residents of a nearby housing project, gathered outside the station, hoping to find out more. With no sign of Smith (who was beaten but not in fact killed), eventually the crowd began to throw stones at the station windows. The National Guard was called in and a state of emergency declared. The situation escalated, with looting and violence, and over the course of the following days 26 people were killed.

“The very triviality of the riot’s immediate cause made the Newark outburst particularly terrifying,” TIME attested. “It seemed to say that a dozen or so people could be killed in almost any city, any night, by the purest chance.”

In the very same article, however, the magazine showed that such an idea — that the cause was “trivial” — spoke to a lack of understanding of the situation. Yes, it did seem slightly random that this particular incident with John Smith would have resulted in dozens of deaths. But while it certainly took an element of chance to bring Newark to boil on that day rather than some other, Smith’s arrest, to those watching from within the community, wasn’t a small thing. Instead, it was just one more example of what life was like in a majority-black city with a majority-white police force, facing budget cuts to critical assistance programs and urban-development proposals that would have displaced them from their homes.

As NAACP executive director Roy Wilkins explained, concentrating on quelling unrest wouldn’t prevent future incidents if the problem of injustice was not also addressed. And, real as the progress that had been achieved in the prior decade was, that didn’t mean further progress could wait.

“In his desire for ‘more,’ the Negro has joined the rest of the crowd,” TIME noted. “But in his realization that he has a terribly long way to go before he will have as much as most whites — in jobs, in homes and in schooling he has become social tinder, easily kindled.”

Get hip: The cover story from a few weeks ago, about hippies, prompted a wide range of letters from readers — ranging from an objection to the comparison between hippies and Hobbits (“[Hobbits] need no hallucinogens to tell them when parties are fun, food good, and life pleasant and comfortable”) to an objection to the very idea that the hippie movement could possibly be captured in mere words, from a reader who signed her note “Mary (I have no last name).”

Mad money: An item in the world news section told the story of Eastern European counterfeiters “devoid of professional pride,” as one Polish report put it, who were producing dollar bills that were obviously fakes to anyone who had ever seen a dollar — which, unfortunately for them, did not include many of the people who tried to use the money on the black market in Communist areas.

Wimbledon report: Today, Billie Jean King is globally famous for her 1973 “battle of the sexes” win — but in 1967, she was, despite being the top-ranked female tennis player in the world, described as “a chubby California housewife.”

“How about that!?”: This week also marks the birthday of the interabang. The punctuation mark, which combines an exclamation mark and a question mark, had only just been introduced in a new type face.

Great vintage ad: This ad for the steel industry correctly predicts that computers will change the world of education.

Coming up next week: America’s cities 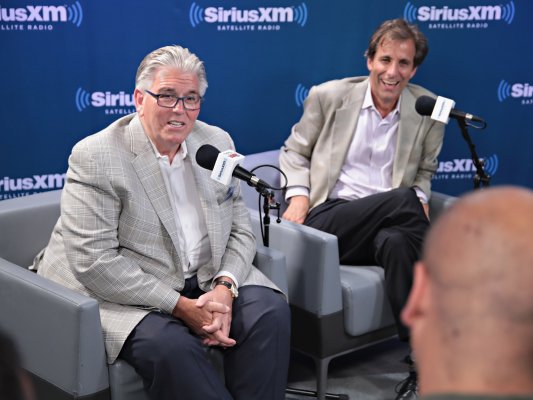 Meet The Guys Who Invented Sports Broadcasting As You Know It
Next Up: Editor's Pick