Both dogs are alive, but remain seriously injured, according to the Minneapolis Star Tribune, and their owners say they are now facing thousands of dollars in surgery and vet bills.

The incident started when Jennifer LeMay’s two teenage daughters came home early from a family camping trip. A friend had been watching the dogs — Ciroc and Rocko — and when the girls arrived home they accidentally set off the house’s alarm system.

The Minneapolis Police Department sent officers to the home, and when they arrived around 9:15 p.m. on Saturday, neither knocked on the door, LeMay told the Star Tribune. One officer stayed in front while the other hopped over a fence to look in the backyard.

In a security video LeMay shared on Facebook, an officer can be seen standing in the back yard. He goes out of camera range for a moment, and then comes back into view moving quickly with his gun raised.

Though there is no audio, viewers can see a white and brown dog, Ciroc, walking casually toward the officer. The officer fires, then the dog falls and runs away. The other dog then comes into the camera range and the officer can be seen shooting multiple times before the second dog flees.

A police report obtained by the Star Tribune said the dogs “charged” at the officer. The Minneapolis Police Department also released a statement saying that an investigation is underway and the department has reached out to the family.

Warning: This video contains graphic footage of officers shooting the two dogs and may be disturbing for some viewers

“I’ve watched the video, and as someone whose family has included dogs most of my life, I can say that it was difficult to watch. This was an outcome that no one wanted,” the statement said. “I’ve asked for an Internal Affairs use of force review. We are reaching out to the family to help them with the veterinary care bills to ensure that both dogs are adequately taken care of.”

But LeMay is still angry. Both dogs are emotional support animals for her two sons, who have severe anxiety, according to the Star Tribune. LeMay wrote on Facebook that she will “GET F***ING JUSTICE FOR MY KIDS!” She also has created a GoFundMe page, where people had donated more than $24,000 as of Monday evening to help the family care for their dogs. 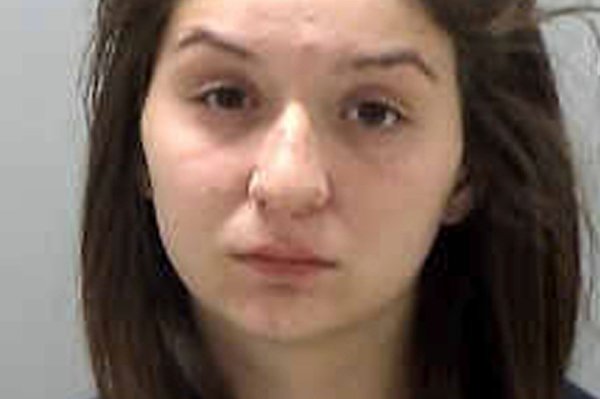 Minnesota Mom Told Police She Fatally Shot Her Boyfriend in a YouTube Prank Gone Wrong
Next Up: Editor's Pick