Review: This Clever Gadget Gives Your MacBook Air a Touchscreen

After using a Surface Laptop for a week last month, I caught myself reflexively reaching to tap the screen on my MacBook Air. Touchscreens are conspicuously absent from Apple’s MacBooks, whereas Windows PC-makers have been offering displays that respond to pats and swipes for several years.

That’s exactly what Swedish designer Neonode hopes to change with its AirBar, a $99 gadget that plugs into your 13-inch MacBook Air and makes the screen touch-responsive. The device is launching on July 18 after initially debuting at the Consumer Electronics Show in January. Neonode has previously released AirBar products designed to work with non-touch Windows machines, but this is the first device made for Mac.

The aptly named AirBar is a slim, flat silver rod that magnetically sticks to the MacBook Air’s bottom bezel and plugs into its USB port. The bar emits an invisible light field on the surface of the MacBook Air’s display that reacts to disturbances, prompting the screen to respond when your finger is detected.

The AirBar is remarkably easy to use and set up: Just place the strip underneath the laptop’s screen using the included magnets, plug it into one of the Air’s USB ports, and you’re ready to start using it. There’s no need to install software to access the AirBar’s basic functionality, which allows users to navigate macOS by tapping the screen. But additional software is necessary to unlock multi-touch support, which rounds out the experience. To do this, you’ll need to download and install software from Neonode, then grant the AirBar access to your MacBook Air’s accessibility features.

Without the software, scrolling was fiddly: I could only move up or down on a website by tapping the scroll bar along the side of the page. Once the software was in place, the screen was responsive to swipes and pinch-to-zooms anywhere on the web page, just like scrolling on a smartphone.

Read more: The 5 Best Tablets You Can Buy Right Now

The AirBar works best for simple tasks, like scrolling, highlighting and tapping links. Though fair warning, it’s not as precise as performing those gestures on laptops with dedicated touchscreens. In several instances I wound up triggering buttons or links I hadn’t meant to when attempting to switch between tabs in Google‘s Chrome browser.

The best use-case for the AirBar was handwriting my signature when filling out online forms. I imagine it also being helpful if you want to mark up documents, since drawing a shape with your finger directly onscreen is more intuitive than indirectly doing so with a trackpad. But for everything else, it’s generally easier to just use the keyboard and mouse.

The Airbar’s hit-and-miss usability isn’t Neonode’s fault. The MacBook Air isn’t supposed to have a touchscreen, and hardware is only half of the handshake. MacBook Airs don’t bend or rotate in ways conducive to reaching for touchscreens, and the Mac operating system is optimized for use with a keyboard and trackpad or mouse, whereas Windows has been retooled over the years to allow fluid shifting between desktop and tablet-like interfaces.

The AirBar works as advertised, but the question is whether what it does — granting the MacBook Air approximate touchscreen capabilities — is what you really need. Without an interface that’s optimized for touch and flexible hardware that makes natural gestures feel natural, it winds up straddling the line between useful and novelty. 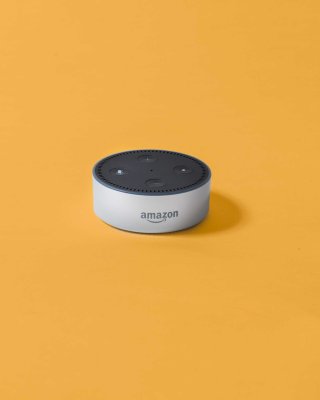 How to Know Which Amazon Echo is Right For You
Next Up: Editor's Pick