Activists around the country have been flocking to the offices of their elected representatives to express their dismay at the bill, which proposes significant cuts to Medicaid and which the Congressional Budget Office said would result in an additional 22 million people losing insurance by 2026.

On Monday, an estimated 100 protestors showed up at the Capitol to demonstrate at the offices of various legislators. Protesters visited the offices of Republicans like Arizona Sen. Jeff Flake and Sen. Rob Portman of Ohio, where they shouted chants against the bill and told personal stories of how the health care changes would affect them.

The Capitol Police said they received reports of “demonstration activity” at 13 locations in the House and Senate office buildings and arrived on the scene around 2 p.m. Monday. Demonstrators who refused to stop protesting were arrested and charged with “crowding, obstructing or incommoding,” according to the police statement.

As some protesters were taken away in handcuffs, videos shared on social media showed them yelling: “You are killing people! You are systematically killing people!” and “Health care is a human right!”

The intense fight over the nation’s health care has sparked many who will be most affected — often chronically sick or disabled people — to protest against the Republicans’ proposed changes. In the past few weeks, police have forcibly removed disability advocates from the U.S. Capitol and from other legislative buildings in states across the country. 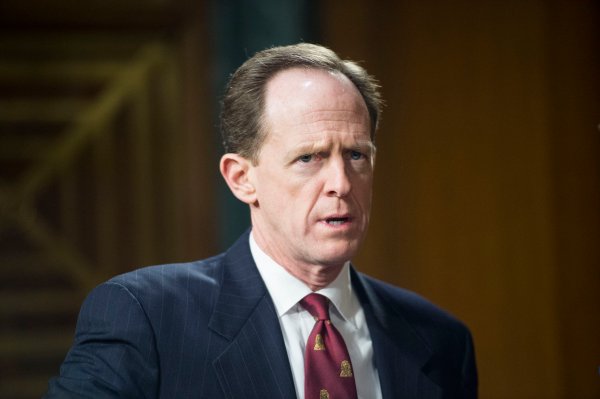 'I Didn't Expect Donald Trump to Win.' Republican Senator Explains the Struggle Over Health Care Bill
Next Up: Editor's Pick