At least 16 people have died after a U.S. military plane crashed into a field in Mississippi, according to the Associated Press. It’s unclear what caused the plane to go down. The Marine Corps only said the aircraft had “experienced a mishap.”

Eighty people who were protesting the Senate GOP’s health care bill at the Capitol in Washington, D.C. were arrested Monday, authorities said. The demonstrators were charged with crowding, obstructing or incommoding, according to the U.S. Capitol Police.

Amazon is offering more than 100,000 deals to Amazon Prime customers on its highly anticipated Amazon Prime Day. The mega online shopping event started at 9 p.m. Monday and lasts for 30 hours. Here are all the deals announced so far, on everything from ice cream to electronics.

Donald Trump Jr. was reportedly told of Moscow’s effort to help his father before meeting a Russian lawyer.

The Minnesota police officer who shot Philando Castile will be paid $48,500 in a buyout.

The puppeteer behind Kermit the Frog has left his role with The Muppets. 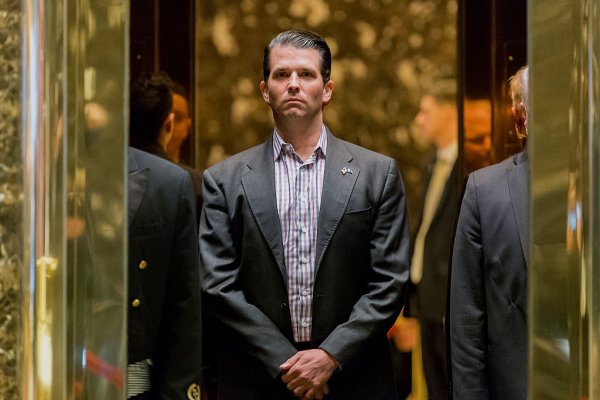 The Morning Brief: Donald Trump Jr., ISIS in Iraq and Amazon Echo
Next Up: Editor's Pick