Sen. John McCain said the Republican health care bill aimed at repealing and replacing the Affordable Care Act will likely fail as it faces oppositions from Democrats and some of his GOP colleagues.

“My view is it’s probably going to be dead,” McCain said on CBS’s Face the Nation Sunday morning.

“I fear that it’s going to fail,” McCain added.

The Senate vote on the bill was delayed after its week-long, July 4 recess after several Republicans said they would oppose it. The bill, a revised version of the Obamacare replacement plan approved by the House earlier this year, was released on June 22.

On Face the Nation, McCain recommended his party should work with Democrats, who have formed a unified front against the bill.

“And if you shut out the adversary or the opposite party, you’re going to end up the same way Obamacare did when they rammed it through with 60 votes,” McCain said. “Only guess what? We don’t have 60 votes.”

On NBC’s Meet the Press on Sunday, Sen. Lindsey Graham, McCain’s Republican colleague, said he is unsure if Republicans will be able to come together.

“Whether or not we can come together, I don’t know,” Graham said. “Mitch is trying. I would support the proposal before us, but you’ve got different camps in the Republican Party.”

The current version of the bill includes big cuts to Medicaid and overhauls Obamacare’s tax credits, among other measures. A number of polls taken after the bill’s release show a dismal approval rate for the legislation. According to a NPR/PBS NewsHour/Marist poll, just 17% of those surveyed approved of the proposed health care plan.

On Fox News on Sunday, White House Chief of Staff Reince Priebus said President Donald Trump expects Congress will pass a bill that will both repeal and replace Obamacare. 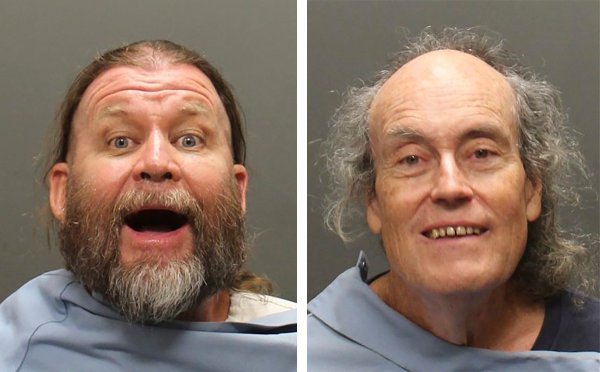 Man Accused of Making Violent Threats at Protest Against Arizona Senator
Next Up: Editor's Pick