Pierre and Paul Langerock of Belgium — who currently hold the record for oldest living male twins, according to the Guinness World Records — turned 104.

The centenarian brothers have lived together most of their lives and both made a living as court magistrates, according to the Associated Press. They currently still share a room at a nursing room just outside of the Belgian city of Ghent.

They both remained unmarried throughout their lives “because they always disapproved of each other’s potential partners,” the AP reported. The Langerock brothers revealed last year that they do have some regrets about not having children, or grandchildren, but said they’re happy to have each other as best friends, according to Reuters.

The Langerocks have just under two years to go before they can clinch the world record for the oldest male twins. Glen and Dale Moyer, of the U.S., currently hold the record, who each were alive for at least 105 years before Glen passed away. The overall world record for oldest twins ever is held by sisters Kin Narita and Gin Kanie, of Japan, who each lived to be at least 107 before Kin’s death in 2000. 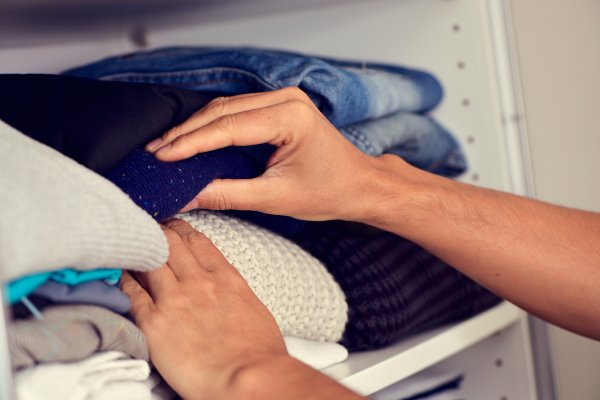 Bad At Throwing Stuff Away? Take a Photo First
Next Up: Editor's Pick