The Internet pretty much lost their collective minds (and hearts) when they discovered that Ryan Gosling had a doppelgänger in Johannes Laschet, a law student and menswear blogger who’s a dead ringer for the La La Land leading man. While Gosling has yet to comment on his lookalike, Laschet shared with TIME via email what life’s really like when your celebrity twin is feminist heartthrob, Ryan Gosling.

Contrary to what you might believe, being as handsome as a Hollywood star can be “a little exhausting and sometimes it’s just too much.” According to Laschet, a law student at University of Bonn whose father is German politician Armin Laschet, people started making the comparison to Gosling in 2005, while he was studying abroad for a year in the U.S. with a high school exchange program. Laschet stated that while looking like Gosling isn’t a curse, he’s still firmly aware of his sense of self.

“I am still me and nobody else,” he wrote. “On the other hand you shouldn’t complain if you have a resemblance to Mr. Gosling. It’s better [than] if people would say: ‘Hey, you look like Danny DeVito.'”

Besides their strikingly similar faces, Laschet’s interests also intersect with other elements of the actor’s life. Laschet’s a big fan of jazz and counts La La Land as one of his favorite Gosling flicks, although he noted that he personally believes “his best performance was in Blue Valentine.” He also says that the debonair Gosling can be a great style inspiration, a high compliment from someone who started moonlighting as a classical menswear blogger two years ago.

“Mr. Gosling knows how to dress well and you can learn something from him,” he wrote. “Especially when he wears a smoking suit.” 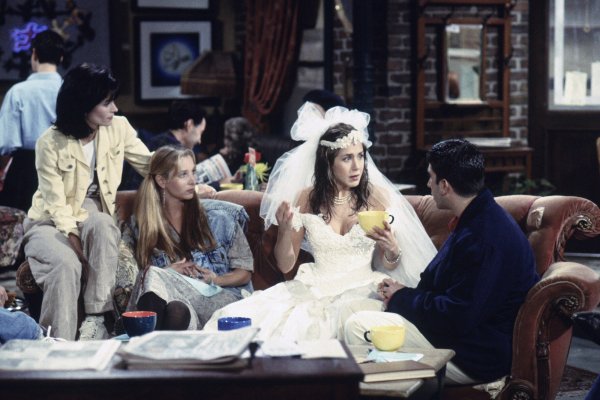 This Crazy Friends Fan Theory About Rachel Would Change Everything
Next Up: Editor's Pick