Mike Pence just explained what made him touch the NASA equipment marked “DO NOT TOUCH”: a dare from Florida Sen. Marco Rubio.

“Sorry @NASA…@MarcoRubio dared me to do it!” the Vice President tweeted Friday afternoon, accompanied by the now meme-famous photo with everything blurred but Rubio’s face.

Rubio responded on Twitter, joking that he warned Pence not to break the equipment.

But NASA says there’s no apology necessary for the incident at the Kennedy Space Center Thursday. “The ‘do not touch’ signs are there as a day-to-day reminder, including the one visible on the titanium Forward Bay Cover for the Orion spacecraft,” NASA said in a statement provided to TIME. “Procedures require the hardware to be cleaned before tiles are bonded to the spacecraft, so touching the surface is okay. Otherwise, the hardware would have had a protective cover over it like the thermal heat shield, which was nearby.”

Pence’s joking explanation came after the image had been circulating online for hours as people photoshopped it into different backdrops. Pence even tweeted out one of the doctored images: 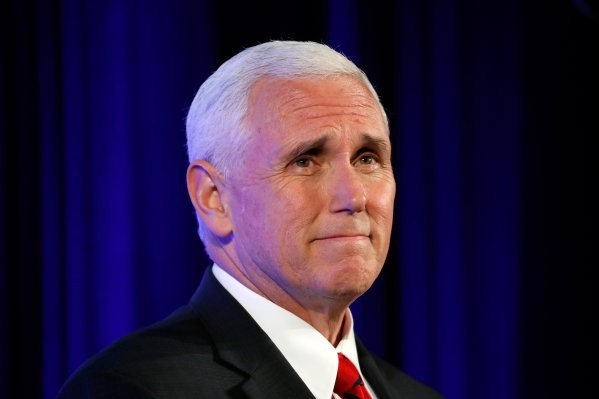 Pence's Obamacare Tweet Came Back to Haunt Him
Next Up: Editor's Pick