It was one of those awkward red carpet moments: singer Kesha went in for a hug with Jerry Seinfeld, and he firmly rebuffed her.

The footage of the encounter at the David Lynch Foundation’s National Night of Laughter and Song in early June quickly went viral. But luckily, Kesha — who just released a brand-new song “Praying” and announced an upcoming album — is bouncing back from the trauma of being let down by the comedian, all thanks to the healing powers of one Bob Dylan.

“Hugging is magical, hugging is beautiful, it’s this beautiful exchange of wonderful soul energy,” she said during an interview on Sirius XM radio of her affinity for the act.

She went on to describe how she got over the snafu: “My idol in life, Bob Dylan, agreed to meet up with me because we were playing the same festival. And I was like so scared, because I had just got hug denied. So I was a little hug traumatized… And he just opened his beautiful arms and gave me the most wonderful, healing Bob Dylan hug that I had ever dreamt of, and I just could care less about anything else.” She added that he even gave her a hug after their conversation, too, making her twice-blessed by the folk legend.

As for that Seinfeld-esque moment?”

“I should’ve known better,” she admitted. “I’ve seen the hugging episode. That was my fault.” She noted that she’s a huge fan of the show, even carrying out DVDs with her when she traveled in the past. Looks like she’s well on her way to recovery, though. 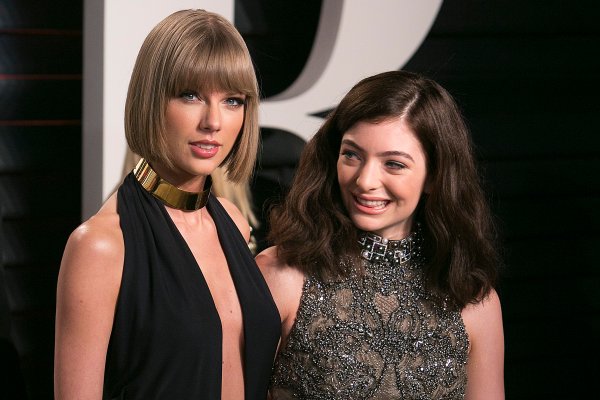 Lorde Hints She Doesn't Hang Out With Her Idol, Squad Leader Taylor Swift
Next Up: Editor's Pick