“Everyone here is talking about why John Podesta refused to give the DNC server to the FBI and the CIA. Disgraceful!” Trump tweeted Friday.

Podesta replied telling Trump to “get a grip” and clarifying that he did not work at the Democratic National Committee.

Adrienne Watson, a spokeswoman for the DNC, also tweeted that Podesta did not work for the DNC during the campaign.

Trump has accused President Obama, Podesta and the DNC for not doing enough to stop Russian hacking attempts on the 2016 election. But he often balks at blaming Russia, saying Thursday that “nobody really knows” if Russia is responsible for interfering in the election. 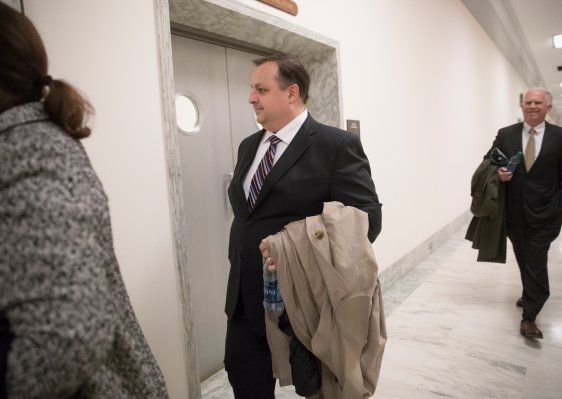