Republican Sen. Pat Toomey had a candid explanation for why the Senate is struggling with a health care bill: Lawmakers didn’t think Donald Trump would become President.

Speaking at a town hall Wednesday, the Pennsylvania Senator said that Republicans were having difficulty crafting a law to repeal and replace the Affordable Care Act because they hadn’t planned for it to happen this year.

“Look, I didn’t expect Donald Trump to win, I think most of my colleagues didn’t, so we didn’t expect to be in this situation,” the Pennsylvania Senator said at a Town Hall Wednesday.

Toomey was responding to a question from ABC27 News Anchor Dennis Owens, who was moderating the town hall, about the process of drafting the legislation, much of which was done behind closed doors.

Although Toomey was a member of the working group, according to CNN, the secrecy of the process garnered criticism from Democrats and other members of the Republican Party who were not included.

“Given how difficult it is to get to a consensus, it was hard to force that until there was a need to,” Toomey explained of the Republican Party. “That’s what we’ve been working on.”

Toomey is one of the few Senators to hold town halls over the July 4th recess. Senate Majority Leader Mitch McConnell had hoped to hold a vote on the bill before the recess, but he announced June 27 he was pushing back the timeline due to a lack of intra-party support. With Democrats universally opposed to the bill, Republicans can only lose 2 members of their 52 member conference.

Toomey has not committed definitively to supporting the bill, according to the latest statement from his office. He did emphasize, however, that he would want the legislation to ensure no one loses eligibility for Medicaid and that people provided for under Obamacare continue to retain coverage.

The Congressional Budget Office estimated that, under the current version of the Senate bill, enrollment in Medicaid would fall 16% by 2026 for people under 65, and the federal government would reduce spending on the program by $772 billion over the next decade. 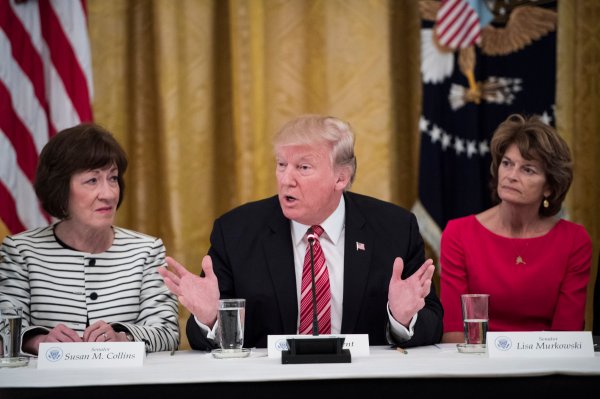 How the Senate Health Care Bill Would Hurt Seniors in Nursing Homes
Next Up: Editor's Pick