After a roughly 600-pound female pig and her piglets escaped from a barn in Cedar Park, Texas, Friday morning, animal control turned to the only foolproof method of ensuring their safe return — luring them home with Cheetos and Doritos.

The loose pigs made it about a mile before they were spotted poking around in the mud of a backyard in the nearby Ranch Trails neighborhood and animal control officers Lacey Clemons and Amber Smith were called to the scene, police told CBS Austin. The pair then used bags of the salty snacks to bait the family out into the open.

But while the piglets were still small enough to be transported in their patrol vehicle, the officers lacked the necessary equipment to transport the large-and-in-charge mama pig. Luckily, her owner showed up just in time to escort her back alongside Smith. 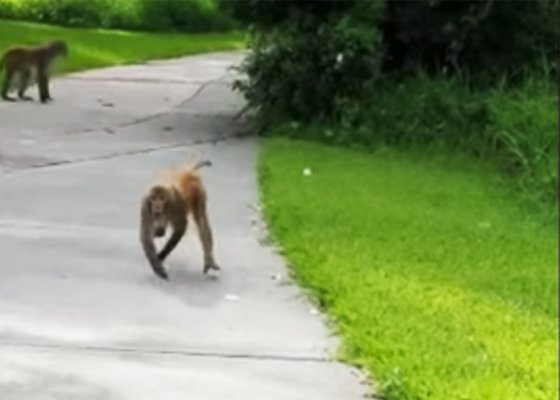 ‘This Is Insane.’ Video Shows Wild Monkeys Chasing Away Family in Florida
Next Up: Editor's Pick