The man in question — identified as dad Josh Williams — took to Twitter on Sunday to share the now viral contents of his recent takeout bag to share that he asked the good workers of Chipotle to individually wrap every last taco ingredient in separate containers. The guacamole, cheese, salsa all were scooped into at least 10 plastic containers at Williams’ request, potentially stalling the line no matter how quick the staff at the fast casual joint were.

“Either my wife or I had the idea the get the cold ingredients on the side so we could reassemble [the tacos] at home,” he told BuzzFeed and later shared to Twitter that the employees were “surprisingly chill” about it.

“Am I weird? Or Brilliant?” he asked of his idea to keep the takeout toppings in optimal eating condition for the 45-minute drive home for his family meal.

As the internet answered, the tweet, which has been retweeted 1,343 times and liked 7,622 times as of Thursday, quickly went viral with passionate responses.

Some people thought he was doing a great job at life with this idea.

Others thought it was too demanding, wasteful, or just ridiculous. 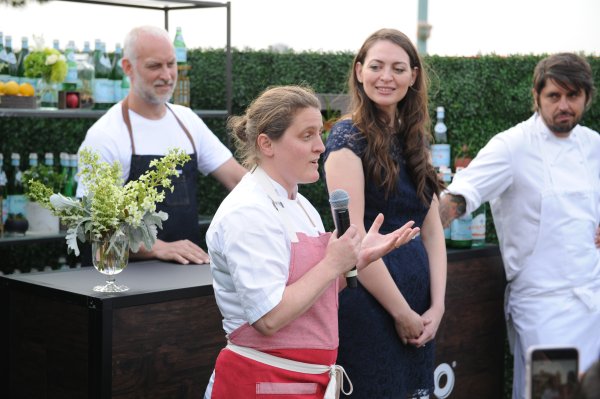 A Top Chef Predicts the Next Big Food Trend
Next Up: Editor's Pick