President Trump Says 'Nobody Really Knows' If Only Russia Interfered in U.S. Election

Speaking to reporters on Thursday in Poland, President Donald Trump said “nobody really knows” if Russia was solely responsible for interfering in the 2016 U.S. presidential election.

“I think it was Russia, and it could have been other people in other countries,” Trump said, according to the New York Times, after he was asked for a yes or no answer to the question about Russian interference in the election.

But Trump’s words contradict the findings of U.S. intelligence agencies, who determined that Russian President Vladimir Putin led efforts to meddle in the election, notes the Times.

Trump also argued that American intelligence agencies have made mistakes in the past, the Times reports, citing the time when officials determined Baghdad had weapons of mass destruction just before the U.S. invaded Iraq in 2003. 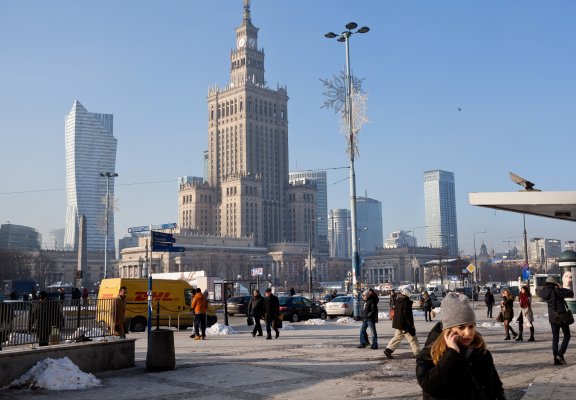 Warsaw's Largest Building Had a Message for Donald Trump, Thanks to Greenpeace
Next Up: Editor's Pick