BTS is the K-pop boy band that’s slowly but surely taking over the world, thanks to the seven-member squad’s immense popularity on Twitter and some recent recognition in the form of a Billboard Music Award and nod on TIME’s own 25 Most Influential People on the Internet list. So maybe it makes sense that the global sensation are cannily turning their sights on reaching more directly to English-speaking audiences, their last hurdle before hitting it big, this time by changing their group name.

Officially “Bangtan Sonyeondan” — which translates loosely in English to “bulletproof boy scouts” — the group have announced a switch to the name to “Beyond the Scene,” which helpfully doubles as a different version of the acronym “BTS.” So while their Korean moniker will remain, the English one takes on an entirely different meaning. The re-branding was debuted in a video that also unveiled their new logo.

Fan reactions are ranging from the confused to the supportive, but if their past is anything to go by, this will only draw in a new audience for the boys.

“We tour all over the world, but the shows in the U.S. really opened our eyes to so many new things in the States,” de facto group leader Rap Monster told TIME recently. “And when we won the Billboard Music Award, we were so honored and got to meet so many artists that we love and admire that we can’t wait to return to the States.” Seems like this adjustment is another step towards global success. 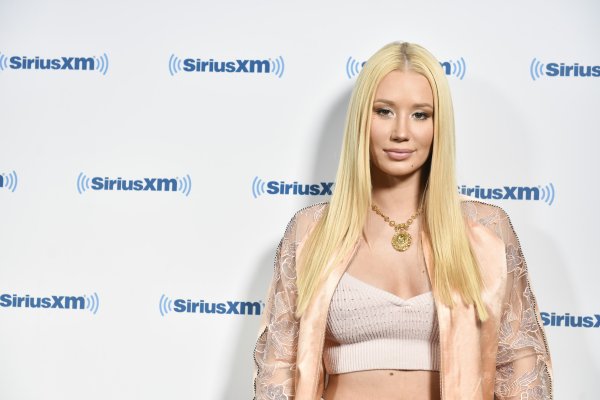 Iggy Azalea Will Collaborate With Former Foe Azealia Banks
Next Up: Editor's Pick