Laura Brown is worried about the Senate health care bill, but not for her own sake.

The Minneapolis-based artist’s 96-year-old grandmother, Dorothy, lives in a nursing home and relies on Medicaid to pay the bill. Brown says that the Senate bill’s $800 billion in cuts to Medicaid would be like “pulling the rug out” from under her family.

When Brown’s family moved her grandmother to a hospital-run home a few years ago from a private assisted living facility, “the money had run out,” Brown says. “She’s there because of Medicaid, and she gets good care but definitely needs more … than any of her children can give her.”

The Better Care Reconciliation Act, which was released on June 22, has faced harsh criticism over its deep cuts to Medicaid. An independent analysis by the Congressional Budget Office estimated that it would lead to 15 million fewer Americans on Medicaid over the next ten years, while giving higher-income Americans nearly $600 billion in tax cuts.

Controversy over the bill prompted Senate Majority Leader Mitch McConnell to delay a vote until after the July 4 recess. But opponents worry that Republican leaders will still find a way to get the bill through the Senate.

David Grabowski, a professor of health care policy at Harvard Medical School, underscored the effect the Medicaid cuts in the current version of the bill would have on the elderly.

“Older adults and the disabled make up a small percentage of the overall Medicaid population, but account for a lot of the spending”, he told TIME, adding that the cuts “will largely fall on them” if the bill passes. In that case, these seniors will face a grim reality: “They’ve spent through their savings, and they don’t have family members or friends to provide care. … Medicaid is really the last resort for these individuals.”

Supporters of the bill claim that it is not actually making these huge cuts to Medicaid—just slowing its growth rate. On Wednesday, President Trump tweeted an upward-sloping graph, which displayed federal spending over Medicaid over time, and claimed that the bill actually increases Medicaid spending. However, experts pointed out that the tweet was misleading, as it did not take into account inflation, population growth or the reversal of Medicaid expansion.

In a statement issued on June 22, the American Health Care Association and the National Center for Assisted Living announced that they vehemently opposed the cuts to Medicaid. Claiming that the current Medicaid system already underfunds nursing center care by $7 billion per year, and that the majority of the one million people who currently reside in nursing homes depend on Medicaid, the groups called the proposed cuts “deeply distressing.”

L. Ward Orem, CEO of the Lisner-Louise-Dickson-Hurt Home, a nursing home for low-income seniors in Washington, D.C., expressed similar concerns. He called the proposed cutbacks “horrific” and “hard to fathom.”

He predicted that if the bill passes, nursing homes and assisted living facilities will be caught in a Catch-22: homes will be forced to make cuts to staffing, while they are “morally bound to do the right thing” and properly serve residents, as well as legally bound, by government regulations, to uphold certain staffing standards. He argued the Medicaid cuts would “jeopardize operations” and many facilities “could wind up closing their doors.”

“Our income would be cut by well more than half,” Orem said. “I’ve got a 94-year-old mom and I’m a baby boomer. What in the world will happen? It … is a frightening perspective to have to deal with.” 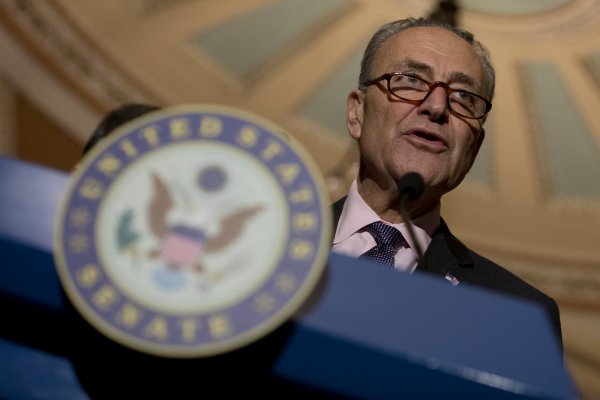