Lady Gaga has offered her support to fellow singer-songwriter Ed Sheeran after he left Twitter over online abuse.

“What an incredible talented artist I LOVE ED. [He] deserves all our love and respect like all humans do. I wish all people on the internet would be positive and loving and apart of creating an online community that is kind and empowering, not hateful and mean,” Gaga wrote on Instagram.

She continued: “No reason to tear down an artist simply because they are on top. Work harder to be kinder everybody. That should be your first duty to humanity.”

Her support comes after Sheeran told the Sun on Monday that he decided to step away from the social media platform because the negative comments were becoming too much for him.

“I’ve actually come off Twitter completely. I can’t read it. I go on it and there’s nothing but people saying mean things. Twitter’s a platform for that. One comment ruins your day,” he said. “But that’s why I’ve come off it. The head-f*** for me has been trying to work out why people dislike me so much.”

This isn’t the first time Sheeran has taken a break from social media. According to Billboard, the singer took a leave of absence from social media while he worked on his latest hit album, Divide. It’s not clear if he will return to Twitter, but for now, he won’t be active on the platform. In the meantime, his Instagram account will automatically generate messages, Billboard reports. 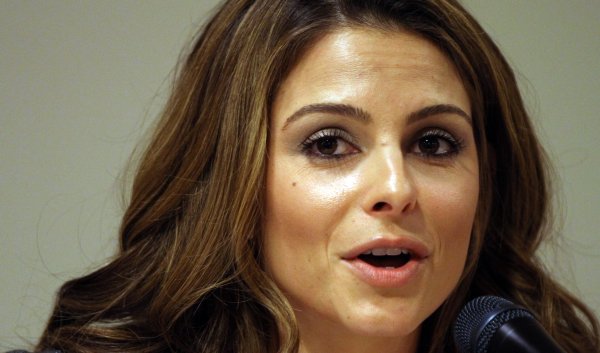 Maria Menounos Reveals She Was Diagnosed With a Brain Tumor
Next Up: Editor's Pick