Kelly Clarkson had the perfect response to a body shamer on Twitter during the Fourth of July festivities.

The “Piece by Piece” singer, 35, clapped back at someone who tweeted at her, “You’re fat.” Clarkson, who has made it clear she doesn’t care what people think about her weight, tweeted an amazing response, writing simply, “…and still f—ing awesome.”

Fans who saw the interaction sang Clarkson’s praises, taking to Twitter with memes to celebrate her straightforward and confident response.

This isn’t the first time the singer and mom of two has dealt with comments about her weight. In 2015, she responded to criticism over weight gain, telling Ellen DeGeneres that she’s been on the receiving end of derogatory comments for years.

“I love how people think that’s new — like, ‘Welcome to the past 13 years,’” she said. “Yeah, I was the biggest girl on [American Idol], too. And I wasn’t big, but people would call me big because I was the biggest one on Idol, and I’ve kind of always gotten that.”

Despite people’s negativity, Clarkson said she wouldn’t be bothered by what other people thought or said.

“It’s like, you’re just who you are. We are who we are. Whatever size, and it doesn’t mean that we’re gonna be that forever,” she said. “That’s the thing. Sometimes we’re more fit. Like especially me, I’m such a creative person that I yo-yo. So, sometimes I’m more fit and I get into kickboxing hardcore. And then sometimes I don’t, and I’m like… I’d rather have wine.” 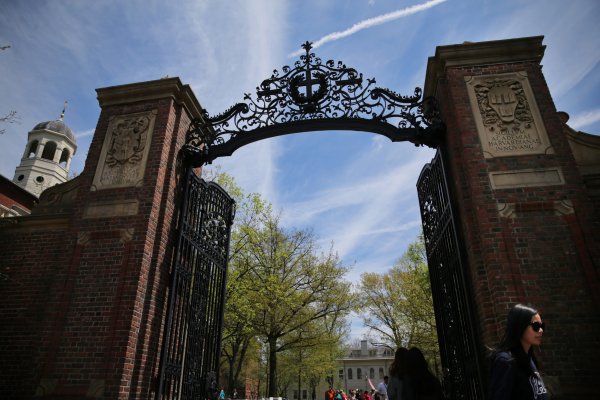 Harvard’s Fox Club Kicks Women Out After 2 Years Of Inclusivity
Next Up: Editor's Pick