US President Donald Trump and South Korean President Moon Jae-in address the media prior to dinner at the White House June 29, 2017 in Washington, D.C.
Kevin Dietsch—Getty Images
By Justin Worland

President Trump hinted this week that his administration may move to protect the U.S. steel industry from foreign competition, a maneuver popular with his base but likely to upset China ahead of a meeting of the world’s largest economies this week.

Trump announced Friday that had called on South Korea to “stop enabling the export of dumped steel.” On Monday, Trump sent out another warning on Twitter, making clear that the issue remains top of mind. “Really great numbers on jobs & economy! Things are starting to kick in now, and we have just begun,” he wrote. “Don’t like steel & aluminum dumping!”

The administration has been reviewing the effect of steel imports on the American economy and national security since April with the Department of Commerce due to release a report on the topic as soon as this week. Analysts point to China as the primary target of the sweeping review, though the announcement did not list any country as a specific target.

Chinese steel currently makes up 26% of the U.S. market, and the U.S. and other countries have accused China of illegal steel dumping in recent years using the World Trade Organization (WTO) structure. The U.S. currently has 28 anti-subsidy tariffs on Chinese steel, including several imposed under President Obama.

Trump’s tariffs could represent an escalation of previous anti-dumping measures, skirting the WTO process. The Commerce Department review relies on a little-used provision of the Trade Expansion Act of 1962 known as Section 232, which gives Trump significant authority to investigate whether imports—in this case of steel—threaten national security. A conclusion that steel imports do endanger national security would give Trump significant leeway in drafting tariffs and other measures to protect the domestic industry. “It’s not just the pricing, it’s not just employment,” Trump said in April at a ceremony ordering the review. “It also has to do with the national security of our country.”

Supporters of using the Section 232 provision argue that reliance on steel imports leaves the U.S. defense sector vulnerable to foreign countries. Still, no matter what tariffs Trump imposes, the U.S. does not have the capacity to produce enough steel to support the country’s own domestic industries. Indeed, analysts have warned that tariffs could drive up steel prices for U.S. manufacturers. Many Republicans—including many in his administration, according to an Axios report—oppose new tariffs.

The G7, which includes Canada, Japan, the U.S. and several European countries, have called for a solution to global overcapacity in steel, and the European Union has previously accused China of steel dumping while levying duties of its own. But Trump’s move to protect the U.S. steel industry outside the WTO framework could nonetheless irritate other the world leaders gathered at the larger G20 meeting in Germany this week. The area will be a point of tension with China in particular amid U.S. pressure on China to exert further pressure on North Korea, which successfully tested an intercontinental ballistic missile Tuesday.

But Trump, who has already found himself in hot water with foreign leaders over a variety of issues, has shown no sign of backing down on his campaign promise to protect U.S. steel. Gary Cohn, Trump’s chief economic advisor, promised Trump would take an aggressive stance on steel at the summit. “We ask the G20 economies to join us in this effort and to take concrete actions to solve these problems,” he told reporters at the White House last week. “But let us be clear: We will act to ensure a level playing field for all.” 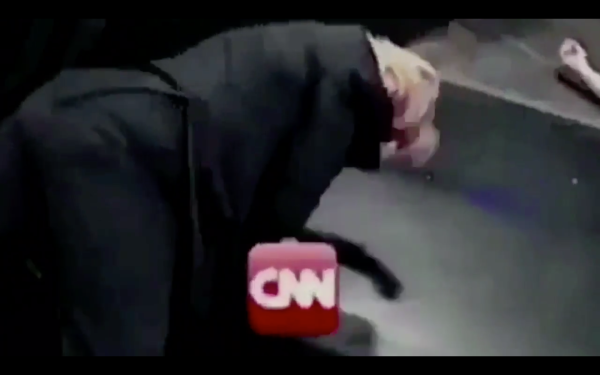 Reddit User Who Made Trump’s CNN Video Apologizes for Racist Posts
Next Up: Editor's Pick