On Iceland’s Reykjanes Peninsula, a short drive from the country’s capital, a team of scientists and engineers is pursuing what they see as an energy source of the future. To unlock it, they have drilled down toward the center of the Earth, through layers of soil and rock, stopping just short of a chamber of molten magma more than 15,000 feet below the surface, a scalding pocket so hot that it would melt a lead pipe. They aim to use that heat to power the energy-hungry world — or at least part of it.

The scientists are partners in the Iceland Deep Drilling Project, known as IDDP. They’ve set up shop with a giant drill that extends high into the sky and then plunges into a field of volcanic rock that has sat largely untouched for centuries. The operation takes place just miles from the spot where the protagonist in Jules Verne’s 19th-century novel Journey to the Center of the Earth launched his own fictional voyage to the Earth’s core.

But science fiction this is not. Engineers have already proved that it’s possible to capture heat from the Earth — called geothermal energy — and use it to make electricity. For decades, they have done this in places, like Iceland, where shifting tectonic plates and volcanic activity have pushed heat from the Earth’s core toward the surface, in the form of steam or hot liquid water. The team behind IDDP aims to dig even deeper below the planet’s surface to harness that energy at hotter temperatures. If they are successful, they could dramatically change the outlook for geothermal, by proving that it could play a larger role as the world moves from fossil fuels to clean energy. The World Energy Council has estimated geothermal energy could potentially provide more than 8% of the world’s electricity supply — a figure that could grow if IDDP succeeds.

The more than $15 million project — a partnership between several energy companies, as well as the U.S. National Science Foundation and Alcoa, the largest U.S. aluminum producer — might seem like an odd pursuit in a small island country that already produces more electricity than it needs thanks to abundant geothermal and hydropower. But an array of global investors sees potential to expand Iceland’s clean energy economy while transforming the way the world thinks about an abundant renewable energy source.

“If we only did what we needed, we would never advance,” says Iceland’s former Minister of Industry and Commerce Ragnheiður Elín Árnadóttir. “I think the importance of technological advancement in this industry is as important as ever. We have a lot of opportunity and energy resources here.”

If the plant opens in several years as hoped and works as the engineers have planned, the development could lead to a massive boom in Iceland’s energy economy, creating vast new wealth for the country.

“This is a technique in its infancy. We’re the first people in the world to do it,” says Wilfred Elders, professor of geology emeritus at the University of California, Riverside, who works on IDDP. “If it is successful, it could potentially increase the available geothermal power by a factor of 10.”

And if that could happen in Iceland, it could also happen elsewhere. In some regions, including parts of the South Pacific, Latin America and even the western U.S., a tenfold increase would transform geothermal power from a bit player in the world’s energy supply to a fundamental source. Even if IDDP does not succeed, geothermal could still grow rapidly using existing technology. But a failure in Iceland — home to some of the world’s leading researchers in the field — could give pause to investors considering a gamble on a new way of powering the world.

The Reykjanes geothermal power station at the southwestern tip of Iceland on March 23, 2017.
Halldor Kolbeins—AFP/Getty Images

Iceland has been honing its reputation as a clean energy innovator for years. Like most nations pursuing rapid development, Iceland relied on coal to grow its economy following World War II. And, like other growing countries, Iceland suffered from polluted air as a result.

“The capital, Reykjavik, about the time I was born was every day under a black cloud from the smoke from the coal fires,” said Olafur Ragnar Grimsson, 74, Iceland’s former president, during a 2016 speech. “This transformation into the leading example in the world in a clean energy economy came from a country which, perhaps, had the greatest odds against it.”

The switch to clean energy began as an economic decision. The country’s abundant rivers and lakes offered an easy way to generate power without having to pay for imported coal, and in the 1950s Iceland’s use of flowing water to make electricity exploded along with an industrial expansion.

At the same time, scientists around the globe ramped up exploration of the possibilities of geothermal energy. Geologists in Iceland quickly understood that the country would be ideal for such a development: Two tectonic plates run through the center of the island, making it a hot spot for volcanoes and the magma that fuels geothermal power plants.

Still, building more power plants in the 1970s and ’80s made little sense to the leaders in a country with satisfactory hydropower resources and a population that barely cracked the six-digit mark. The country had vast resources but not enough industry to use them. So in the coming decades a crew of forward-thinking Icelandic business and government leaders began a campaign to attract new industry to the island that could eat up all the power that would otherwise go to waste. The promise was simple: electricity is cheap and Iceland will almost never have a blackout.

Drawn by that pitch, aluminum smelters began flocking to the island in the 1990s. Aluminum smelting — the process of creating aluminum for everything from cars to cans — requires a constant stream of energy, with even the slightest disruption causing expensive losses. As aluminum production increased, the country’s geothermal output rose to meet it. Between 1990 and 2014, Iceland’s geothermal electricity production increased 1,700%, while the population grew only 25%.

Now, a group of Icelandic investors, entrepreneurs and scientists say the country may be on the verge of another energy boom, just as much of the world is ramping up efforts to move away from fossil fuels, which contribute to the carbon emissions that drive climate change. So far, scientists have viewed geothermal energy as just a small piece of the climate puzzle and even proponents of the new technology do not expect geothermal to become the world’s leading source of electricity. It has high startup costs because it’s expensive to identify and explore potential sites, and building geothermal plants requires technical expertise.

Still, the Earth contains more heat beneath its surface than we could imagine using in tens of thousands of years, and we are only capturing a fraction of what we could. Nearly 40 countries located in geothermal-rich territory, mostly in Africa, Latin America and the Pacific, could produce all of the electricity they need using the energy source, according to a 2013 World Energy Council report.

Researchers in Iceland hope to prove there’s a more efficient way to extract that energy. Nearly twenty years in the making, the Iceland Deep Drilling Project does not look like much from the road: just a heavily cordoned off drill extending into the air surrounded by trailers and men in hard hats. But the action is below the surface, where the crew has drilled more than 15,000 feet toward magma, creating one of the world’s deepest geothermal wells. Temperatures hit 427°C at that depth, making water so hot that it takes what’s known as a “supercritical” form at high pressure, a state technically neither solid, liquid or gas.

Now, the researchers are pumping cold water into the hole to expand it to a size suitable to run a power plant. If all goes well, the site could be operable in a few years, though a precise timeline is difficult because of the pioneering nature of the project.

“The goal is to catch a field of higher temperatures,” says Ásgeir Margeirsson, CEO of HS Orka, an Icelandic energy company invested in the project. “It means that in the future we can produce more power in less area, with less environmental impact. And hopefully for less cost.”

That would make a huge difference if the process is replicated elsewhere. California’s Geysers Geothermal Complex, the highest producing geothermal field in the world, has a current capacity of 725 megawatts, enough to power nearly a million homes. Applying the IDDP technology to that plant could allow it to multiply its output, potentially serving even more of the San Fransisco Bay area.

Still, significant roadblocks remain. The deeper developers dig to reach supercritical temperatures, the more expensive the project becomes. In most locations, building a wind and solar power plant would be much cheaper and simpler. That’s why geothermal has received comparatively sparse research and development funding and policy support, which makes the investment in IDDP all the more exciting to researchers.

What’s next for geothermal

The potential for rapid growth in Icelandic geothermal raises questions about how the country will use the excess energy it produces. One possibility is to build underwater transmission cables connecting Iceland to the U.K., 700 miles away, and send the extra power there. The proposal is relatively small in scale, but it could serve as an example to other regions with vast renewable energy resources that they cannot use themselves. Countries around the globe — led by an initiative in China — have made preliminary commitments to connect their electric grids, but the technology gets more complicated when moving power across oceans.

Iceland’s power companies also see a future in bringing energy consumers directly to the power source. The country has attracted a growing data center industry, for instance, because the servers require huge amounts of energy without the risk of an electrical outage.

But IDDP’s most significant implication may be the knowledge that emerges from the project. Geothermal energy provided less than 1% of the world’s electricity in 2014. The International Renewable Energy Agency says that number should grow fivefold by 2030, but even that would still leave much of the world’s geothermal resources untapped.

Much like fracking unleashed vast oil and gas reserves once thought unreachable, researchers believe a disruptive discovery in geothermal could reshape and reinvigorate the industry. “You have volcanic areas around the world and if we can get more out of it, it might have global implications,” says John Ludden, executive director of the British Geological Survey. “In reality, we may not be that far away.” 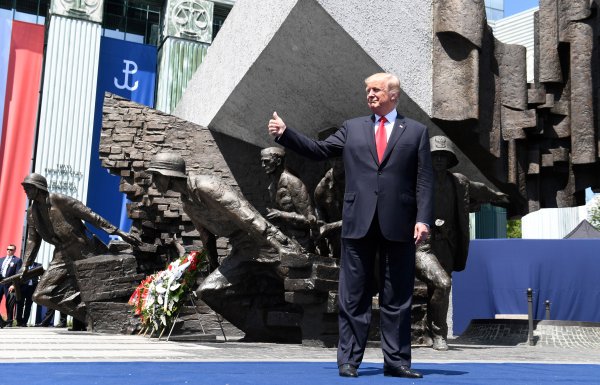