A few weeks ago I wrote a cover story called “The Cancellator.” I spent time at American Airlines’ operations center to understand and explain the hows and whys of flight disruptions. One of the takeaways is that city pairs that are “out and backs” with relatively frequent service are candidates for the chop shop.

Apparently, such information was lost on the author. Sunday evening in Charlotte the cancellator got me again, when Delta scratched my flight back to LaGuardia. I had failed to conduct some of the basic research that every passenger should do before booking a flight. It could have saved me a lot of time and irritation. Never mind that we’d waited two hours on the assurance by the gate agent that the delayed inbound flight from LaGuardia would be quickly turned around after it landed. That was the information she had available. When the axe fell, her explanation was simple: it’s LaGuardia’s fault.

Not. Quite. True. According to a statement from ExpressJet, the Delta commuter partner that was operating the flight, a combination of Air Traffic Control at LaGuardia and a new rule called FAR117 was the culprit. FAR117 puts tighter parameters on both the amount of time pilots can be on the job, as well as on actual flying time, depending on what time of day the pilots report for duty and how many legs they’ve flown. And commuter jet schedules are nothing but legs. The idea is to combat fatigue and improve safety, which is commendable. But when a morning or mid-day flight is significantly delayed, duty time builds up. By 7:30 p.m. it’s likely our crew was close to its limit, and commuter airlines are already experiencing pilot shortages, so Delta/ExpressJet canceled. “ExpressJet Airlines is committed to operating each flight as scheduled,” the company said.

Committed, but not actually capable. According to the Department of Transportation’s Air Travel Consumer Report, ExpressJet flights arrived on schedule just 56% of the time in January. Yes, January was a mess of nasty weather, but that’s the lowest on time rate of any carrier in the country. That data was easy to find. Why didn’t I look it up before I booked? A little digging would tell me that my flight, Delta 4976, is among the worst performing flights on the Charlotte-LGA route with a 36% on-time record, according to Flightstats one of several sites, including FlightAware and FlightView, where you can find performance data. Or, the carriers’ own websites. Flight 4976 earned a rating of 0.1 out of 5—very poor. And it’s not even the worst performer on the CLT-LGA route. Delta has that honor, too: Flight 5204 was dead last, earning a coveted 0.0 rating. Delta pretty much owns the bottom of the table, with at least four flights earning “very poor” status. That’s because once these “out and back” flights fall behind schedule, one delay leads to another and another. It’s almost a guarantee.

Why would Delta subject its passengers to this? Part of the explanation is in labor costs. Charlotte may be an important market, but Delta doesn’t run any of its own equipment there from any New York airport. Instead, the carrier, in times past known as “The Airline with the Big Jets,” farms out the business to five assorted commuter partners: ExpressJet, Endeavor Air, GoJet, Shuttle America, and Chautauqua Airlines. In other words, you aren’t flying with the varsity. That saves the company money because commuter pilots are cheaper (indeed, they are underpaid, which is why there’s a pilot shortage). But the added complexity of having five partners can’t help service. I overheard an employee of one commuter partner try to explain a befuddled Delta passenger that her flight was being operated by another commuter company. The ticket says Delta in name only.

For Delta passengers, it means they could be flying 76-seat Bombardier CJR 900s or 37-seat Embraer RJ 135s. US Airways, by comparison, runs a mix of Airbus 319s and 321s along with a couple of commuter jets. If you are an airline, are you going to cancel a 225 seat A319 or an RJ? And Charlotte is a USAir hub, which means it has more flexibility in moving around aircraft, crews and ultimately passengers—although USAir has some dogs, too, such as flight 2068.

Delta didn’t offer any compensation for the canceled flight, since weather was a factor. And I should have known better than to risk flying into LaGuardia late in the day. It’s the airport that is closest to my Manhattan apartment. Convenience won over competence. When Joe Biden likened LaGuardia to a Third World airport it was taken as an insult—to the Third World.

The airline gods slapped me for not doing my homework. Choosing Delta in this case was a bad idea: not that Delta is a bad carrier (far from it) but Charlotte isn’t a Delta hub. Delta apparently doesn’t prize the Charlotte- New York market to run its own jets. That limits my options in the event something goes wrong. And it surely did. In the scramble for the remaining space to New York that evening, my smartphone froze as I tried to rebook my wife and me. At one point we were on separate flights. Then we were on none—an agent booked us on a one-hopper through Atlanta but by the time we reached the gate our seats had been given away. Next available flight out: 12:30 the following day.

So much for those morning meetings. Except that the 12:30 became a 3:30 after a mechanical problem and a change of aircraft, by which time many of the passengers had bailed to take their chances on other flights. There were 18 of us on our Embraer 145, a virtual private jet. Once airborne, a cheerful flight attendant asked if I would like a beverage. Coffee please, I said. No can do, she replied. The coffeemaker was broken. “If we waited to get it fixed, we’d have never left,” she said. I must have looked very pained. “Would you,” she said kindly, “like an adult beverage?” No, at this point it wasn’t going to help. 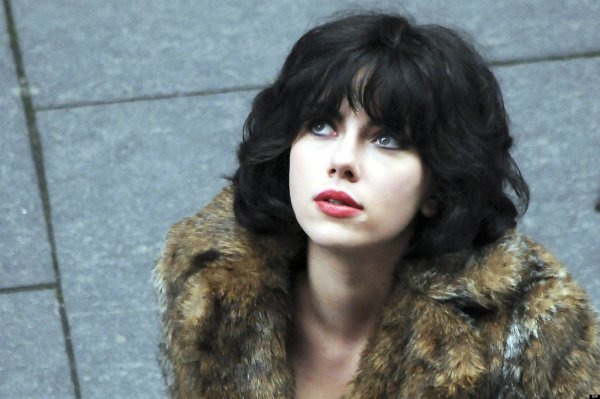 This Is What It's Like to Get Picked Up by ScarJo
Next Up: Editor's Pick