Nearly two-thirds of lesbian, gay, bisexual and transgender people say they feel less safe since President Donald Trump took office because of their sexuality or gender identity, according to a SurveyMonkey poll shared exclusively with TIME.

The poll of self-identified members of the LGBT community also found growing cynicism about the nation. In a previous poll fielded two months after the 2015 Supreme Court decision on same-sex marriage, SurveyMonkey found that 93% of LGBT respondents thought society’s level of acceptance would improve in the coming decade. That number has fallen to 83% in June of this year, according to the new poll, and the intensity has flagged. The number of respondents who said society would be “a lot” more accepting in the next 10 years dropped from 54% to 34%.

The poll confirmed other surveys that show LGBT Americans skew to the left, generally. Only 12% voted for Trump, while 67% voted for Hillary Clinton, and 7% said they align with the Republican Party, compared to 57% who said they identify as Democrats and 35% who said they are Independents. When asked a generic question about the direction the country is going in, 92% said the country was going in the wrong direction, compared to 44% in the 2015 poll, fielded when President Obama was in office.

The poll respondents also said they have faced different treatment since the election. When asked if they had been treated differently because of their sexuality or gender identity since Trump took office, 37% said yes.

The poll’s results were not surprising to Rebecca Isaacs, executive director of the Equality Federation, an LGBT rights advocacy group. She points to several political and policy moves by Trump that have made LGBT people nervous, such as rolling back the Obama-era protections for transgender kids in schools and appointing a conservative justice to the Supreme Court. Efforts to collect data on LGBT Americans, a project several agencies jointly pursued under Obama, appear to have slowed. And some Cabinet members appointed by Trump, such as Attorney General Jeff Sessions, have been outspoken opponents of gay marriage and LGBT anti-discrimination efforts in the past.

Anxiety in the LGBT community has also been spurred by action at the state level, as legislatures have pursued dozens of bills that advocates see as “anti-LGBT,” according to the Equality Federation. Many high-profile measures have targeted the bathroom use of transgender people, while others have attempted to give adoption agencies the right to refuse same-sex parents for religious reasons. Bills that advocates view as concerning have passed in states such as Alabama and Texas. “There’s just a level of hostility,” Isaacs says.

There is no real-time way to track incidence of discrimination or the number of hate crimes committed since Trump won the election. About 1-in-5 hate crime incidents reported to the FBI are motivated by sexual orientation or gender identity, according to 2015 FBI statistics, the latest available.

But anecdotal cases of encountering bias or discrimination have been widely publicized since the election. And victims often ascribe their treatment to the political climate. For instance, the Tulsa headquarters of Oklahomans for Equality experienced its first act of vandalism in a dozen years when a suspected vandal shot 14 holes in the organization’s windows this spring. Executive director Toby Jenkins says the incident doesn’t feel isolated. Threatening letters have arrived in the mail and calls to the group’s help line have “skyrocketed” since last October. “Things are just really raw. It’s like we’ve lost the ability to be civil and disagree,” Jenkins says, noting that members of the organization are “looking over our shoulders” these days.

There is no federal law that bans discrimination against people because of their sexuality or gender identity, the way such treatment is banned based on qualities like race. Advocates say that LGBT people have become more cognizant of the legal protections they lack now that Republicans control the White House and Congress, in addition to there being a conservative majority on the Supreme Court.

When asked how much discrimination there is against LGBT people in today’s society, 66% of people in the new SurveyMonkey poll said “a lot,” and 28% said “some.” Statistically equal percentages — 65% and 30%— responded in those respective ways in the 2015 poll.

The survey was conducted online by SurveyMonkey between June 21 and June 24 among a national sample of 841 lesbian, gay, bisexual and transgender adults. The data was weighted for age, race, gender, sexual orientation, education and region using data from the National Health Interview Survey to better reflect the American LGBT population demographics. Results have a margin of error of plus or minus 6 percentage points. 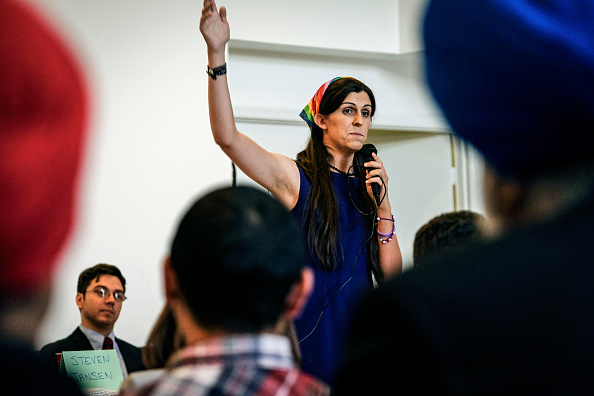 Will 2017 Be the Year of the Transgender Candidate?
Next Up: Editor's Pick