The case: In January, Aaliyah Palmer, a 19-year-old North Carolina University student, accused a man she met on the Tinder Social app of sexually assaulting her in an apartment near Fort Bragg. Palmer told the Fayetteville Observer that while she initially consented to have sex with the accused, when he started to rip out her hair, she repeatedly demanded he stop. He didn’t. “It’s really stupid,” Palmer told the paper. “If I tell you no and you kept going, that’s rape.”

The law: When Palmer reported the incident, she says detectives questioned her to determine if there were one or more acts of vaginal penetration. Even though the answer was yes, her attacker was never charged with rape. That’s because in a 1979 decision issued by North Carolina’s Supreme Court in State v. Way, the court held that once consent to sexual intercourse is given, it cannot be withdrawn. Meaning that during a sexual encounter, a woman who changes her mind and clearly states that she wants the sex to stop can be ignored — and the continued penetration will not be considered rape. A married woman in North Carolina, Amy Guy, also revealed this year that the Way ruling prevented her from filing rape charges against her estranged husband after a sexual encounter that began consensually but ended violently. Gay’s husband was never charged with rape, and instead pleaded guilty to misdemeanor assault.

What it means for women: Palmer’s and Gay’s cases reflect a troubling reality for women who live in North Carolina — that “no,” in the eyes of the law, doesn’t always mean “no.” Democratic State Sen. Jeff Jackson, a former prosecutor, introduced a bill into the North Carolina legislature in March that would give people the right to withdraw consent in the middle of a sexual encounter, even if the initial penetration was consensual. But the proposed bill has been stalled in a committee.

Although the court’s decision in State v. Way is only applicable in North Carolina, other recent rulings are similarly troubling. In 2016, a court in Oklahoma declared that state law doesn’t criminalize oral sex with a person who’s “so intoxicated as to be completely unconscious“ and that such acts are not rape. In that case, a judge dismissed a charge of forcible oral sodomy (after the initial rape charge had been dismissed, as well) against a teen boy who claimed that a teen girl consented to performing oral sex, even though evidence established that she had a blood alcohol content above .34% and had no memory of the incident. (A person is considered legally impaired with a BAC over .08%).

The North Carolina court ruling and the Oklahoma statute are out of step with laws in other states, particularly California. In 2014, California was the first state to pass a law that has a clear definition of consent. Under the law, universities that receive public funding require students to get “affirmative, conscious and voluntary agreement” — before and while engaging in sexual activity, where silence or lack of resistance cannot be taken to indicate consent. It makes clear that consent can’t be given by someone who is asleep or incapacitated by drugs or alcohol. California’s law also states that the consent must be ongoing throughout a sexual encounter and can be revoked at any time. Some criticized the California law as going too far and creating more confusion over what it means to give consent. But those critics ignore the pain, humiliation and frustration of sexual assault survivors, many of whom view laws as more protective of the attacker than the victim.

Laws are not perfect. That’s why lawmakers who are serious about protecting women need to eradicate any doubt that “no means no” and affirm that “yes” is the only word that means yes.

Areva Martin is an attorney, advocate, television host, legal and social issues commentator and author. She is the founder of Martin & Martin, LLP, and her next book, Make It Rain!, about developing personal brands, will be published by Hachette in 2018. 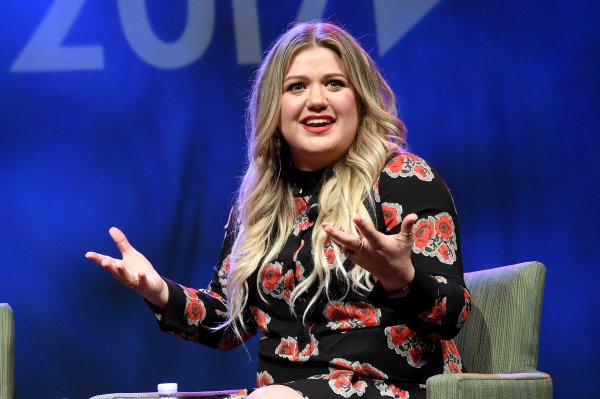 Kelly Clarkson Shuts Down Body Shamer on Twitter and Fans Are Loving It
Next Up: Editor's Pick