Not because its new blood-red load screens are sanguine reminders of what you’ll be hemorrhaging as you fumble through the starting area. Not because anything about the story, quests, mini-games or collectible hunts has changed. Not because the new “Trial of the Sword,” wherein Link is denuded of his possessions and hurled at gauntlets of foes, is the most compelling reason to spend twenty bucks on this. (That $20 buys both the first as well as upcoming second content expansion packs, by the way.)

The prime reason to reengage with director Hidemaro Fujibayashi’s masterpiece, is to play the game from the start, rededicating yourself to its challenges, only with every enemy ranked up.

Read more: ‘The Legend of Zelda: Breath of The Wild’ Is a Masterpiece

Thus far I’m in love, even as I’ve been dying with zeal in the starting area. I wanted this as soon as Nintendo announced it, the way you might wait to savor the deluxe version of a beloved book, or the Criterion edition of a film worth scrutinizing frame by frame.

Breath of the Wild is partly about noticing then repurposing quasi-physical variables in search of surprise. If you can’t do something one way, there’s probably another, or in some instances dozens. By lowering that mad science laboratory concept’s thresholds for fail states, you’re incentivized to further improvise your way to solutions. In any other game, you’d call that a cliché, but in a game as pliable as Breath of the Wild, the constraints ramify in a way that feels counterintuitively liberating.

And you have to be extra quick on your feet, because as an especially sadistic self-inflicted hitch, master mode’s newly fortified enemies gradually replenish diminished health. I forgot about this particular wrinkle as I was lashing Blue ChuChus with tree branches (brittle melee weapons worth a few hits, tops). As I paused to change weapons, I noticed the ChuChus’ health bars refilling, prompting an audible utterance, for which the phrase “Uh-oh” may serve as a family-friendly euphemism. Weapons shatter as fast as before, too, which puts you at a delightful melee deficit in a very different and far more economical sort of inventory management game.

By changing the default area enemy levels, the game looks slightly different as well. Red Bokoblins (the game’s lanky, bat-eared goblins) are now more lethal Blue Bokoblins, and so forth on up the bestiary hierarchy. Look around, especially up, and you’ll notice squadrons of these things stalking new floating platforms that harbor treasure chests. The sense of having dimensionally sidestepped into a less friendly grown-up fairy tale is strong.

It’s why I quit the game months ago short of completing it. My Switch’s play clock says I’ve devoted 85 hours to the game so far, most of which I’ve spent ignoring the main quest, free-roaming and poking all those physical/chemical world variables with literal sticks. And I won’t be surprised if that play clock winds up tripled, before I’m done. 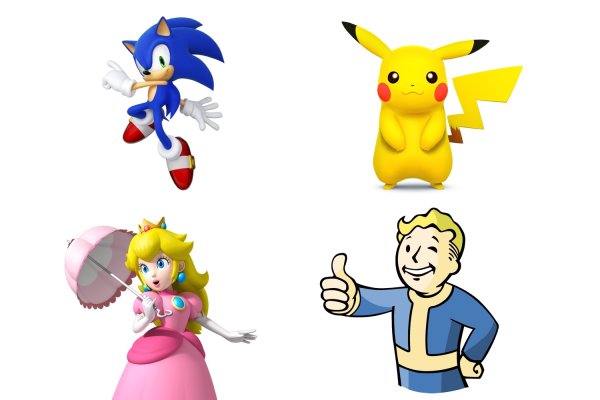 The Most Influential Video Game Characters
Next Up: Editor's Pick