The release comes almost four years after he dropped Magna Carta Holy Grail. The album is currently streaming for new and existing subscribers on TIDAL, the rapper’s streaming service, as well as on 160 pop, rhythm, and urban radio stations around the country until July 1 at midnight ET, and digitally via iHeartRadio, according to iHeartMedia, which partnered with JAY-Z on the launch.

The album title 4:44 appears to reference JAY-Z and Beyoncé’s fascination with the number 4. The rapper’s birthday is Dec. 4, while his superstar wife’s is on Sept. 4. Their wedding anniversary is April 4, and they sport matching IV tattoos.

The 35-minute album features 10 tracks, including the titular and deeply personal “4:44,” in which JAY-Z references his relationship with his wife, Beyoncé; he apologizes for womanizing, says his daughter and newborn twins changed his perspective, mentions a series of miscarriages, and confesses he’s undeserving of the relationship. “I apologize, our love was one for the ages and I contained us,” he raps, later adding, “And if my children knew, I don’t even know what I would do / If they ain’t look at me the same / I would prolly die with all the shame.”

Also released late Thursday was the album’s first visual, a short film directed by directed by Mark Romanek and JAY-Z that takes its title from the album’s second track, “The Story of O.J.” See a snippet below.

Leading up to the album, the rapper released clips featuring Mahershala Ali, Lupita Nyong’o, and Danny Glover teasing the album’s visual component. Anticipation for a JAY-Z album has been mounting since Beyoncé released her Grammy-winning album Lemonade last year, with more buzz building after the rapper was booked to headline several upcoming festivals, including Philadelphia’s “Made in America.” In May, prolific producer Swizz Beatz shared a photo of himself with the rapper on Instagram, writing, “They don’t even know what’s about to happen 😂😂😂🙏🏽 Album ModeZone⚡️.”

Listen to the album here. 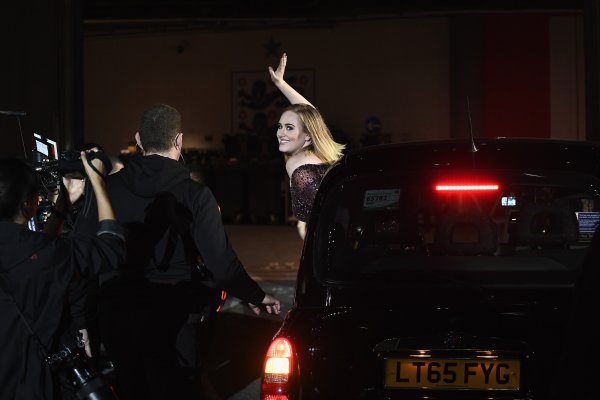 Adele Reportedly Tells Fans She Might Retire From Touring
Next Up: Editor's Pick