We Are All Internet Bullies

This morning, Donald Trump, President of the United States, attacked MSNBC hosts Joe Scarborough and Mika Brzezinski with a level of personal animus that was shocking even for a man whose insults are so rapid-fire they require a database. The latest controversy underscores the narrative, common since the election, that far-right aggressors have won the Internet — with Trump as Troller-in-Chief.

While we wouldn’t call Trump a troll (since that term minimizes the impact of his destructive behavior) and are wary of claims that too closely tether the actions of so-called alt-right trolls and Trump’s victory, it is undeniable that antagonistic, bigoted and dehumanizing speech and behavior, often lobbed from the highest office of the land, enjoys disquieting prominence on the Internet today. This has further normalized the idea — and for many, the lived experience — that the Internet in the era of Trump and Brexit is a hateful place, particularly for members of historically marginalized groups.

In such an environment, it is easy — it is understandable — for stormy pessimism to take hold. (Or for someone to develop a reflex of responding to antagonism with antagonism.) But as bleak as things might be, there is still room to push back. Each of us can take concrete steps to make the Internet a more humane and inclusive place, one less hospitable to hate. Online ethics is a form of resistance — not just in terms of minimizing harmful behaviors, but also by knowing how best to support those threatened.

For people already under constant attack, the call for ethical reflection might feel like cold comfort; the promise of (or merely hope for) future decency can’t undo the damage of past abuse. And appeals to be humane and inclusive may never convince those motivated by hate. Still, there is more to being ethical on the Internet than rejecting white nationalism or not spending your days tweeting insults at strangers.

The kind of everyday online behavior average Internet users tend to take for granted — posting comments, sharing memes — can still result in direct harm. In some cases, it amplifies the worst instances of abuse. This happens not because everyday people online are actively unethical, but rather because the tools of digital media often cloak the ethical stakes of a given situation, making it difficult to know that an ethical response is even warranted.

With a simple click of a button, people, places and things — including our own selves, lives and commentary — are often flattened to pixels on a screen, abstracting them from their full emotions, politics or history. This cleaving of text from context helps cultivate a highly fetishized, myopic gaze, in which one’s focus is trained solely on what’s directly seen, regardless of the broader circumstances that might flag a particular moment as potentially harmful.

The negative impact of decontextualization is obvious when what’s being shared is explicitly dehumanizing. It’s easy to tell when a tweet from the President of the United States is abusive and grotesque, and it’s easy to tell when a meme is harnessed for racism and violent misogyny. However, the same potential for harm exists when the content doesn’t directly criticize the target — or even when it seems fun and harmless, like a GIF of some random kid falling off a trampoline, used to show how bad your day’s been. Or recent social media snark about White House Press Secretary Sean Spicer’s weight, inspired by Steve Bannon’s quip that Spicer stopped on-camera press briefings because he “got fatter.” Or @-mentioning a writer on Twitter so you can chat with your followers about how much you dislike their work. Sharing this content might not reach the threshold of explicit harassment, but can still flatten the people involved into abstract characters in your own personal story — if the people behind or impacted by the content are considered at all. (Take the case of Bannon’s body-snarking: In the name of deriding a political opponent, many who in other contexts would criticize body-shaming reveled in mocking Spicer’s weight, in the process belittling far more people than just Spicer). It can still jump the rails of the original intended meaning and come out on the other side, weaponized. At the very least, it can still strip a private person of their ability to consent to whatever is being done in, to or with their face or name.

Because of this potential — even for seemingly family-friendly content — we all must remember that our online behavior has, or at least could have, serious real-world repercussions. Maybe in our own lives. Maybe in the lives of our loved ones. Maybe in the lives of those we’ll never know, in ways we’ll never see. These repercussions might be remote, but not seeing them doesn’t mean they disappear — not any more than a child clasping her hands over her eyes can make the world disappear.

One way to minimize the possibility of this harm is to take a moment to consider whether you’re willing to take ownership of what you’re about to say. This doesn’t mean not speaking your mind or not being steadfast in your convictions. It doesn’t even mean not getting into arguments. It simply means knowing that your own contextualizing information, including your underlying motivations, could easily be obscured once tossed to the Internet’s winds. This is particularly true if you’re saying something as “just a joke.” The joke might be clear to you, but if you worry that it won’t be to others, you are probably correct.

Another point to consider is what you don’t know about the content you’re sharing. How and where something was sourced. What happened to the people involved. Who its initial audience might have been. Those unknowns might impact the outcome of sharing. Ignoring these unknowns risks sidestepping the fact that behind every meme, every tweet and every apparent adversary on the Internet, there are living, breathing, actually existing people — people who are more than mere fodder for conversation, entertainment or outrage.

Creating more ethical online spaces isn’t just about limiting behavior. Not sharing content with questionable origins, not sharing content that sidesteps consent, not reducing people to fetishized objects — in short, actively trying to not negatively impact others — are all critical. But so too is making a conscious choice to positively impact others. To share thoughtfully and supportively, to respond to others graciously and, when in doubt, to pause. To resist the compulsion to add to the pile-on and instead give others, particularly those incessantly shouted down or shouted over, the floor.

Remaining mindful of the impact of decontextualization might seem like a small shift, with an even smaller payout. But day after day, person after person, small acts of decency can have a cumulative effect — and a palliative effect for those already under siege. Both are needed in an era characterized by the global spread of far-right populism, and stateside, by the brayed insistence that America can only be made great again through intimidation, manipulation and spite. Such calls might be appealing to some, but that’s not the world we want to see flourish. Actively embracing sincerity, empathy and ethical thinking — that, and only that, is what makes any of us great. That is the message to normalize.

Phillips and Milner are the co-authors of The Ambivalent Internet: Mischief, Oddity, and Antagonism Online. Phillips has also written This Is Why We Can’t Have Nice Things: Mapping the Relationship between Online Trolling and Mainstream Culture and Milner has also written The World Made Meme: Public Conversations and Participatory Media. 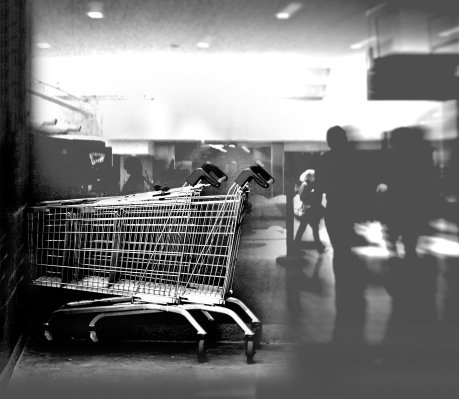 Donald Trump’s Budget Cuts Would Leave Many Americans Hungry
Next Up: Editor's Pick