The month of March was a milestone for proponents of renewable energy in the U.S. For the first time, wind and solar power accounted for more than 10% of the country’s electricity–up from less than 1% at the turn of the century. And total wind and solar power-plant capacity is expected to grow more than 30% over the course of this year and next, according to the Energy Information Administration.

Such giddy forecasts have led many scientists and policymakers to think that moving the bulk of the nation’s power supply to renewable sources–as cities from Miami Beach to Salt Lake City have pledged to do–may not be as far-fetched as once thought. But like any debate, there are dissenters, including those inside the Trump Administration. Their argument is that the nation demands an uninterrupted supply of electricity and cannot count on sun, wind and natural gas to provide it. “You need solid hydrocarbons on-site that you can store,” Environmental Protection Agency administrator Scott Pruitt said on Fox Business in May, referring to the importance of coal as a power source. “When peak demand rises, you’ve got solid hydrocarbons to draw on.”

Now the Department of Energy has begun a study of the electric grid’s reliability that is expected to bring the issue to a head. The specific focus of the report, due out in July, is a review of regulations that have prompted the closure of most of the nation’s coal-fired power plants. But those on both sides of the fight say the stakes are far higher, since the findings may be used to justify cutting tax credits for renewable-energy projects or shifting federal money to buoy the ailing coal industry. Energy Secretary Rick Perry even suggested that the research might allow the federal government to overturn renewable-energy standards set by state and local governments. “The conversation needs to happen,” Perry said at the Bloomberg New Energy Finance conference in April. “There may be issues that are so important that the federal government can intervene.”

Many experts say the Administration’s concerns fail to account for how the power grid has evolved and improved in recent decades. Utility companies have developed innovative ways to move electricity from place to place to account for fluctuations in weather. Battery technology can store power for use when renewable sources cannot operate, meaning solar power can be used on days when the sun doesn’t shine. And the nation’s vast supply of natural gas can be turned into usable energy with the flick of a switch.

“I don’t think five or 10 years ago I’d be comfortable telling you we could not sacrifice reliability when we’re going to have 35% of our energy come from wind,” said Ben Fowke, CEO of the utility company Xcel Energy, at a recent conference. “I’m telling you, I’m very comfortable with that today.”

Indeed, many parts of the country are already close to that reality. In some regions, including red states like Iowa and Kansas, renewable energy supplies more than 25% of the electricity. That means any attempt to slow the growth of wind and solar will face strong pushback–and not just from big-city mayors and blue-state governors. “If he wants to do away with it, he’ll have to get a bill through Congress,” Republican Senator Chuck Grassley from Iowa told Yahoo News of President Trump’s potential cuts to wind energy. “He’ll do it over my dead body.”

Most analysts agree that the market has shifted so far in favor of natural gas and renewable energy that even the most concerted federal effort is unlikely to stop its growth. But the Trump Administration could slow the acceleration–and with billions of dollars in private and public investments at stake, the pace of change matters. Decisions made today will shape the future of the nation’s energy grid for decades to come. 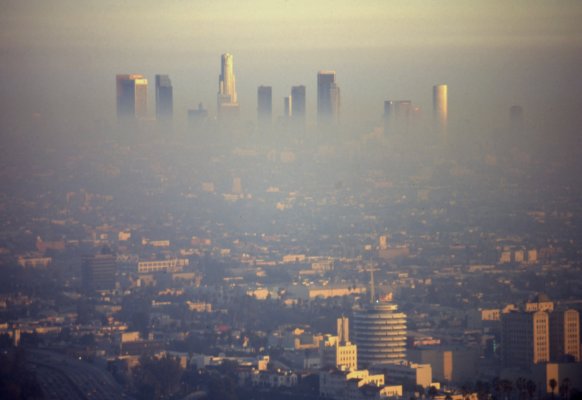 Why California's Climate Change Fight Is Also Battle for Public Health
Next Up: Editor's Pick