The Minions rose to fame, like tiny demented soda bubbles, in Pierre Coffin and Chris Renaud’s glorious 2010 animated caper Despicable Me. Sadly, these little yellow capsules of devious (and sometimes deviant) behavior couldn’t carry a whole movie on their own. Wise critics almost unanimously decreed their self-titled 2015 spin-off outing a disappointment, though a sequel is still in the works.

Thankfully, in Despicable Me 3–the third proper Despicable Me picture, this one directed by Coffin and Kyle Balda and co-directed by Eric Guillon–they’ve returned to their rightful place on the sidelines. Minions are at their best when they’re like the brazen miniature mischief makers some-times found in the margins of medieval illuminated manuscripts.

The stuff happening around them is reasonably entertaining too. Steve Carell returns as the voice of reformed baddie Gru, a potbellied softy in a black zip-up jacket. This time around, he learns he has a long-lost twin, Dru (also voiced by Carell). Dru has come by his money honestly–by raising pigs in the land of Freedonia, the filmmakers’ clear nod to Marx Brothers madness. But he has always longed to be a criminal. Gru grudgingly trains him, even as he strives to outwit an embittered ’80s TV star, Balthazar Bratt (Trey Parker), who has never gotten over his show’s cancellation. His crimes of villainy include blasting whole cities with hot pink bubblegum and wielding a keytar like a lightsaber.

That’s all well and good. But oh, those Minions! In their finest Despicable Me 3 moment, they bring the house down with a gibberish version of Gilbert and Sullivan’s “I Am the Very Model of a Modern Major-General.” In their second finest moment, they all go to prison, where they engage in rigorous towel snapping. In their third finest moment, two of them perform a jiggly faux-Hawaiian number, their nonexistent nipples covered by coconut bras. The Minions have proved they can’t headline a movie, yet they pretty much carry this one. How do they do it? The answer, like the Minion language itself, is a mystery perhaps better left unplumbed. 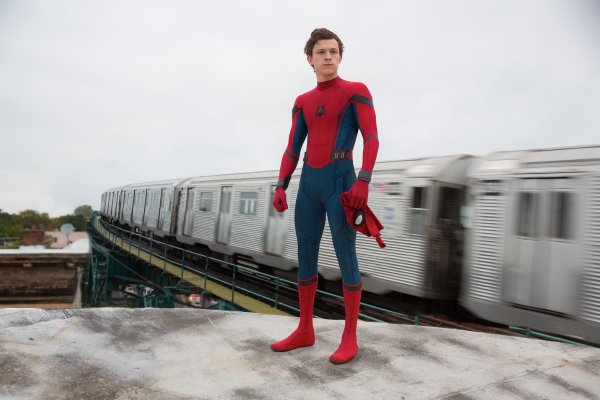 Tom Holland Was Born to Be Spider-Man. Playing Peter Parker Was Another Story
Next Up: Editor's Pick