Most Republicans Don’t Believe Race and Gender Discrimination Is Real

There is a general consensus about the current state of American politics: It’s broken. Most point to the hyper-partisanship that lead so many Americans to retreat into their respective tribes. Opinions are affirmed. Dissent is heresy. The result is a politics full of rancor and opposite sides that refuse the very idea of common ground. It is a political environment of loyalists and enemies.

The Republican health care bill in the Senate reflects this reality perfectly. The process has been characterized by secret deliberations — a kind of crude and crass Republican will to power — with no bipartisan support and with Democrats flailing in the wind in protest. Thanks to the recent CBO report, we now know the result of those secret meetings: a cruel health care bill that will leave 22 million Americans without insurance and burden the poor, the sick and the elderly with higher premiums. All in the name of “choice” and for the sake of tax breaks for the richest among us.

It is in this environment that the Public Religion Research Institute released the results of a recent survey about perceptions of discrimination in the United States. The survey shows, and it is a revelation that says much about where we are as a nation, that a “perception gap” defines our politics today. We are, in effect, two societies that see the country we inhabit together in entirely different ways.

Why is all of this important? We find ourselves in a moment where the perceptions of political opponents define the possibilities and limits of justice. If, for example, most Republicans refuse to believe that racial discrimination is real, then appeals for racial justice will fall on deaf ears. We will find ourselves, as the Brookings Institute recently noted, talking about so-called “voter fraud” instead of actual voter suppression. The former fits with Republican perception. The latter is just the cries of perennial victims.

The perception gap, however, cuts deeper than the current talk of “alternative facts.” It reflects an ongoing refusal to encounter honestly our experiences in this country and to confront them in light of our living together with others. We want to justify our fantasies and lock ourselves up in the safety of willful ignorance and contrived innocence.

The perception gap isn’t just about discrimination. More generally, it characterizes the environment of the current healthcare debate. People see what they want to see no matter the consequences. Those perceptions often limit their views of what is just and who they ought to care about.

These days I often wonder if we will ever open our eyes and truly see what and who are right in front of us all. 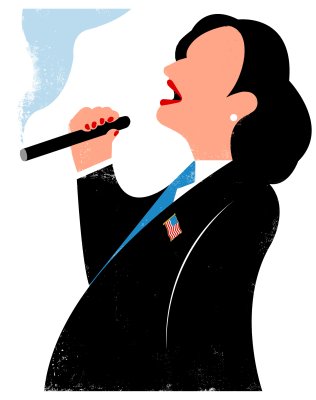 It's Time to Send Selina Meyer In to Deal With the GOP Lawmakers
Next Up: Editor's Pick