Rep. Robin Kelly: For Every Dollar Paul Ryan Got From the NRA, I Am Naming a Gun Victim

Today, I went to the House floor – something that I’ve done hundreds of times over the past four years. But today was different.

Words spoken on the House floor are rarely heard by anyone other than C-SPAN viewers and the handful of representatives who are waiting for their turn to speak. But this speech was different.

As I always do, I went to the Capitol with my speech in hand and a heavy heart. This time was different; I also took a handful of dollar bills and a 3×2 box donning the faces of gun violence.

Despite every effort, including a historic sit-in, we’ve failed to force Speaker Paul Ryan and his leadership team to hold a single vote on legislation to save American lives from gun violence. I was going to try again, and I was going to go after the root of the problem: the millions that the National Rifle Association spends to ensure the Speaker’s silence and inaction.

We all know that money has poisoned our politics. When it comes to stopping gun violence and money, tragically the dollars win out.

During the 2016 election cycle, the NRA spent more than $30 million to elect President Donald Trump. However, most people overlook the millions that they poured into the campaigns of Republican congressional candidates so they could keep pushing their dangerous “guns everywhere, rules nowhere” agenda. For example, they poured more than $10,000 into Rep. Barbara Comstock’s coffers, one of the most endangered candidates that cycle. Speaker Ryan certainly got his cut, too: $5,950.

For some, it seems that the NRA’s money is more important than saving American lives. Every dollar they take can be directly linked to an American with a bullet hole. And I’m not going to let them forget that.

So, I’m going to stand on the floor of the People’s House and count every dollar they took while sharing the name and story of an American killed by gun violence.

For the $5,950 that Speaker Ryan took, I’m going to read 5,950 names. Today, I read the first 50 names — including 21 of Speaker Ryan’s constituents — killed by gun violence in recent years. Tragically, after today, I have another 5,900 names and stories to read. Which means that I’m going to keep coming to the floor, keep counting, keep saying names until we do something to end gun violence.

I started this with four simple demands in mind:

These are simple policies that are widely supported. In fact, ensuring a background check on every gun sale is supported by more than 90% of Americans and 70% of NRA members. There is literally nothing stopping us from acting except the NRA’s money and the greed of GOP leadership.

Now, I know that some will call this a stunt. FOX News will question my patriotism; I’ll be attacked by snowflake #OathKeepers on Twitter. And yes, I’ll get death threats because I dared to talk about gun safety legislation that will save lives. Still others will claim that I broke the rules and breached protocol. To them, I say: “To hell with the rules, kids are dying.”

Kelly represents Illinois’ 2nd district in the United States Congress, is a vice chair of the Democratic Gun Violence Prevention Task Force and was an organizer of the 2016 House of Representatives sit-in to end gun violence. 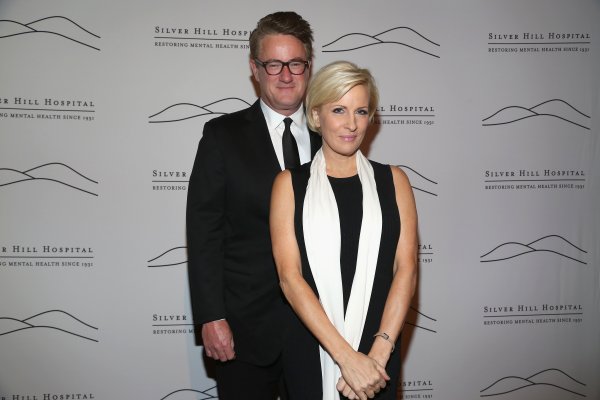 Trump Said 'Crazy' Mika Brzezinski Got a Face Lift. Her Response Was Brutal
Next Up: Editor's Pick