Condoleezza Rice: 'Don't Let Somebody Else's Racism or Sexism Be Your Problem'

When she started her career in national security as an expert in Soviet affairs, she walked into many meetings feeling like her colleagues thought she didn’t belong. “You are going to run up against people who think you shouldn’t be in the room because you’re female, or because you’re black, or whatever. But that’s their problem,” the former Secretary of State told Motto. “The everyday garden variety glance or interruption, you just can’t let that get to you.”

Rice delivered the keynote speech at KPMG’s Women’s Leadership Summit in Chicago on Wednesday. Part of the proceeds from the summit fund KPMG’s Future Leaders Program, which aims to support high school seniors with college scholarships and mentorship, and for which Rice serves as ambassador. She and KPMG CEO Lynne Doughtie spoke with Motto about their experiences with sexism and how to ensure more women reach leadership roles.

Motto: Tell me about the Future Leaders Program and why it’s important to get women in the leadership pipeline.

Rice: I’m a university professor and I’m very often asked, “Why aren’t there more women in C-suites, in politics, in various aspects of our national life?” I always say you have to start early. You need to develop a pipeline of young women who are going to college and succeeding and who have a vision or image of themselves as able to reach the heights. What I like about this program is these young women, many of whom come from challenging circumstances, are being encouraged to reach high. We need to do more of that, because I don’t think there are barriers in the same way there were when Lynne and I were coming up, but you have to be able to see yourself in positions of authority and leadership.

There are still many barriers in place. What have you experienced in your careers in terms of being put down simply because you’re women?

Doughtie: There was a time early in my career where there was the opportunity to be placed on a certain assignment. The assignment I was looking for I didn’t get, but I got this other assignment that was a really impactful opportunity for me. At the time I heard some rumors that [I] didn’t get it because — and this was in the South and a very conservative area — that particular client really needed a man. My response to that was: Okay, I’m not sure if that’s true or not, but even if it is, I’m going to make the assignment I got the best assignment I can make it. I’m going to learn as much as I can. You know what you can control, and you can do your very best. I’ve always found that when I made the most of the opportunity I was given, I was given more and more opportunities from that.

Rice: To be perfectly honest, I grew up in segregated Birmingham, Alabama, and that was macro-aggression, so I don’t really get microaggression. I grew up in a family where I was told you have to be twice as good. They said it as a matter of fact, not a matter of debate. They said there are no victims — the minute you think of yourself as a victim, you’ve given control of your life to someone else. I remember specifically my father saying once it’s okay if someone doesn’t want to sit next to you because you’re black, as long as they move. So the message was don’t let somebody else’s racism or sexism be your problem. That’s what we have to say to women: When you walk into a room, if somebody tries to put you down, don’t take that on. Simply speak up for yourself. If you’re in a position where you feel you can’t do that, find mentors to help you navigate those difficult circumstances. The fact is life isn’t perfect and you are going to run into people who try to belittle you and put you down, and you simply have to be capable of not accepting that from them… Now, if you’re really denied something that you think you should have gotten, there are all kinds of means of recourse for that — and you ought to take them. But the everyday garden variety glance or interruption, you just can’t let that get to you. You’re just going to raise your blood pressure and be thrown off what you’re really supposed to be focusing on.

Doughtie: We had the same lessons in our house — that you didn’t make excuses and you also were instilled with the confidence that you could do anything. My parents probably went a little overboard saying you can do anything, and I believed it. So whenever there were barriers, I didn’t pay attention and just plowed through.

Rice: Lynne’s parents sound very much like mine. I was the president of my family when I was four, and I think it’s because they wanted me to get a sense that I could lead things. It was a real job. I had to call family meetings and decide what time we were going to leave for a trip in the morning, so they were always looking for ways to make me feel that I could do anything and lead.

Doughtie: When you grow up and see women being leaders, you think, “I can do it.” We have some situations today where there is a confidence gap, where women are not seeing someone like themselves in the role that they’re aspiring to. And actually I felt that myself. I had not seen a chairman and CEO at KPMG who was a woman, ever. So it does make you stop and think, “Can I do it?” I may not do it exactly like what I’ve seen, but someone has to be the first.

Rice: And that’s what I say to young women. I say look, had I been waiting for a black female Soviet specialist role model, I’d still be waiting. So my role models were white men — they were old white men — those were the people who dominated my field. Don’t wait to see someone like you.

Can we dig deeper into how woman can thrive in male-dominated fields?

Doughtie: Organizations that are going to be successful are the ones that are the most collaborative, that have different perspectives at the table, that are innovating. I’m finding more and more that businesses recognize they have to have an inclusive culture — they have to have all kinds of diversity to be the best that they can be. So I find that the barriers are not as strong as they once were, that the opportunities are there if you go for it. [But] I recognize your point. If you look at engineering in particular: I have a son and a daughter, and they’re both engineers. You go to graduation and look down at the floor of engineering graduates and you can just count the women because there are so few.

Rice: I’m around a lot of corporate environments, university environments, and I actually think people want to do the right thing. They want to diversify for all the reasons that Lynne mentioned. I’m now starting to say to women like us who have been successful, let’s not make it sound so hard that we scare women away. Increasingly, you hear so much about barriers — “It’s so hard to break through” — and I don’t want young women to think it’s impossible. We broke through. I was a failed piano major — if I can find a career, most people probably can. It’s really important that we send the message that you can do this.

What do you think is the best way to diversify corporate boards?

Doughtie: First it’s education around the imperative. The facts are that boards that have the most diversity, those companies have the best performance, so there’s certainly a business imperative for leaders to make that happen. The talent is there, and we’ve seen those numbers increasing, but there’s certainly more work to do… Our KPMG board is 38% women, and we feel really proud about that.

Rice: If you keep looking in the same places, you’re going to find the same people. My own story of how I went onto my first corporate board is really instructive — you can look for people who have perhaps more specialized talents. I came back from being the Special Assistant to President George H. W. Bush for Soviet Affairs, and it was right around the collapse of the Soviet Union. Chevron had just bought an oil concession in what was the Soviet Union and a few months later it was now Kazakhstan because the Soviet Union had collapsed. The CEO Ken Derr asked George Shultz, former Secretary of State, if he knew anyone who might know what was going on with the collapse of the Soviet Union, might know the Kazakh leadership, and George said well you might talk to Condi Rice, she just came back from being in government. I though Chevron was going to want to bring me on as a consultant to help them but he said, we’d really like you to join the board. People probably thought Ken Derr was out of his mind to bring a 36-year-old professor at Stanford onto his board. But he saw that I had this special, niche talent they really needed. And once I was on the Chevron board, I suddenly got board offers from all kinds of places. I tell that story because I think Ken Derr broke the code. He wasn’t looking to diversify from the point of view of [bringing on] a black woman. But it was a pretty narrow definition of what he needed on the board. If you’re just looking for the former or current CEO or somebody who can chair the audit committee, you’re going to find the same people. If you think more broadly about what kinds of talents you need on a board, you might diversify in that way, as well. 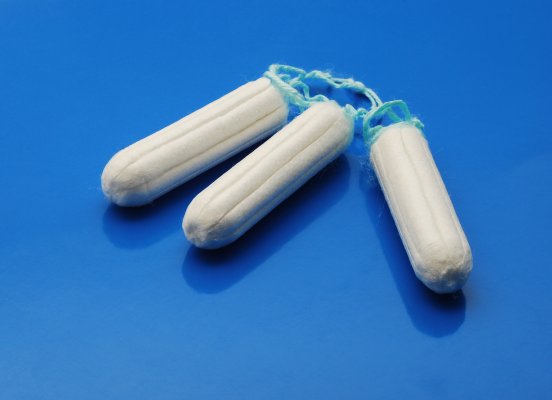 This Is How Your Period Changes As You Get Older
Next Up: Editor's Pick