President Trump hosted the families of victims of crimes committed by undocumented immigrants at the White House on Wednesday as a part of an effort to put pressure on Republicans in the House to pass legislation targeting so-called sanctuary cities.

“You lost the people that you love because our government refused to enforce our nation’s immigration laws and that’s including the existing immigration laws,” Trump told the family members who had joined him in the Cabinet room. “For years the pundits, journalists, politicians in Washington refused to hear your voices, but on Election Day 2016 your voices were heard all across the entire world. No one died in vain, I can tell you that.”

The two pieces of legislation are coming up for a vote in the House, “Kate’s Law” and “No Sanctuary for Criminals Act,” align with the President’s tough-on-immigrants approach. Kate’s Law, which is named after a woman who was killed by an undocumented immigrant who’d been deported five times in San Francisco, would allow mandatory minimum sentences to be imposed on immigrants who are convicted of re-entering the country illegally. The Sanctuary bill reduce the amount of Department of Justice and Department of Homeland Security grant funds available for jurisdictions those found to have “sanctuary policies” that the administration says violate federal law.

The White House issued statements in support of both pieces of legislation on June 27. On Wednesday, Trump called on Congress to get the bills to his desk quickly. Speaker of the House Paul Ryan told Fox and Friends a vote on the two bills would come this week.

“It’s time to support our police to protect our families and to save American lives and also to start getting smart,” Trump said.

Attorney General Jeff Sessions also released a statement in support of the bill, saying criminals and gangs take advantage of sanctuary policies in order to wreak havoc on communities.

“Closing these loopholes in our laws must be a priority if we are to make America safe from these dangerous transnational organizations,” Sessions said in a statement. “These bills can restore sanity and common-sense to our system by ending abusive attempts to undermine federal law, and they can prevent future tragedies by empowering law enforcement.”

While the White House is putting its muscle behind these two pieces of legislation. Pro-immigration advocacy groups, some law enforcement groups, and others have raised concerns. In a post on the right-leaning Cato Institute’s website, the think-tank’s immigration policy analyst David Bier described the “No Sanctuary” bill as anti-federalist and said parts of it pose a threat to state sovereignty. The National Fraternal Order of Police sent a letter to House leaders saying that while they believe state and local law enforcement should cooperate with their federal counterparts, they are opposed to any legislation that withholds federal funding from law enforcement programs. “It is unjust to penalize law enforcement and the citizens they serve because Congress disagrees with their enforcement priorities with respect to our nation’s immigration laws,” the letter reads.

The American Civil Liberties Union has also come out against the bills. In a statement, Lorella Praeli, the director of immigration policy and campaigns at the American Civil Liberties Union said the bills were “riddled with constitutional violations” in a statement issued Wednesday. “The true intent of these bills is to empower Trump’s deportation force and anti-immigrant agenda,” Praeli said. “We urge the House to reject these bills, to defend the Constitution, and protect the rights of all people, no matter their background.”

Families of victims, however, have praised the President’s efforts to seek justice for those who’d been attacked by illegal immigrants. A mother of a victim told the New York Times she was so overwhelmed by the President’s statements on immigrations she cried.

“It was almost an out-of-body experience after being so deeply hurt and nobody listening and nobody wanting to talk to you about this,” Sabine Durden told the Times. “It’s almost like I put on a little Superwoman cape because I knew I was fighting a worthwhile fight.”

Trump has put an emphasis on rooting out criminal immigrants from the U.S. since he’s been in office, ramping up immigration enforcement capabilities under two executive orders, though the enforcement has made all undocumented immigrants vulnerable to action. According to a White House Fact Sheet, there have been boosts in Immigration and Customs Enforcement operations, arrests of undocumented immigrants, and removals of gang members since Trump took office. 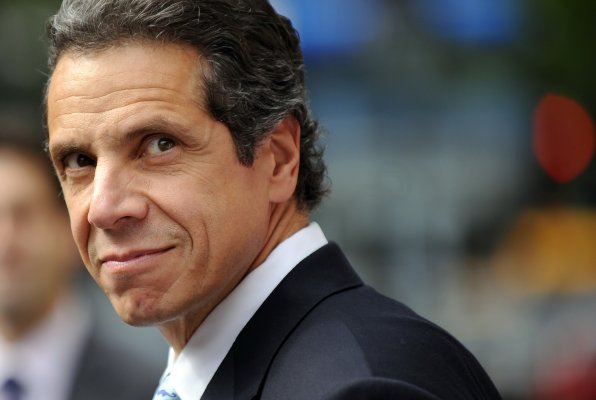